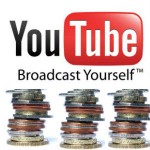 One of the more unexpected findings from our focus group data was the popularity of ‘YouTuber’ celebrities, including gamers. Before the interviews, I thought of YouTube as a site to watch videos followed from links shared by friends, or search for old clips of shows, interviews or news stories. However, many of the young people we spoke to used YouTube by subscribing to particular YouTube channels and following popular YouTubers.  While many people can upload videos to YouTube, the term ‘YouTuber’ was generally used to describe those who regularly posted videos and had a following of subscribers.

Participants talked about how YouTube videos circulated between their online and offline worlds, and debated how far being a YouTuber counted as legitimate work.  In this post Laura takes a look at some of the themes emerging from young people’s talk about YouTube during the group interviews.

As Kim and Heather have discussed in other blog posts, in our initial phase of analysis, we are taking selected themes or codes in the focus group data and developing summaries of their content, looking for patterns and tensions and making some initial observations for discussion. I have been looking at how young people talked about YouTube. Although YouTube didn’t come up in every interview, YouTube was mentioned in every school. Our codes/ themes that related to YouTube included:

Some of the most popular YouTubers among our groups were comedians and gamers. For example, blogger Jenna Marbles has over 10 million subscribers to her channel, with videos often reaching well over 10 million hits. Jenna creates blogs about everyday life, edited with quick cuts, often talking about differences between men and women. KSI, who posts videos of FIFA matches and interviews, has over 3.5 million subscribers. The Key of Awesome is a show on YouTube channel Barely Political, which uploads song parodies. In addition to regular YouTubers, participants talked about viral videos and memes, such as Charlie bit my finger (which has had over 500 million hits) and Harlem Shake. 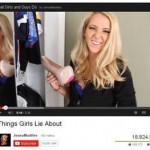 In young people’s talk about YouTubers, there was a differentiation between those who built up their following over time, who were characterised as working hard, being talented etc, and more ‘overnight sensation’ YouTube videos/ YouTubers ‘where a video just randomly goes viral’ (e.g. Tampon girl and Charlie bit my finger).

YouTube was used in a variety of ways by participants – to look up content from elsewhere (e.g. episodes of ‘Ellen’), to find out information about celebrities as well as to watch specific YouTubers. While most of the talk in our focus groups about YouTube was about watching and circulating videos, there were a few participants who were YouTubers, and one group of participants talked about making a ‘Harlem Shake’ video.

YouTube was talked about as both an individual and collective practice – one of the most interesting things about these data is how events, gossip and stories move through YouTube and other sites such as Facebook or Tumblr, and offline. The discussion of these events in the interviews can be understood as another part of this process, in which expert knowledge about particular YouTubers was used by participants to position themselves within the group (e.g. as connoisseurs, experts or popular) and also enabled people to take part in collective friendship work and negotiation of norms. One example of this was talk about ‘tampon girl’ as disgusting (which Heather has talked about here).

It would be interesting to map this movement as videos go ‘viral’ and are talked about offline. Through the comments online and the interview data it’s possible to see the affective-discursive repertoires, or patterns in talk, around particular YouTube videos, and how particular repertoires circulate or become more sedimented at certain moments. For example, there are old videos on YouTube of Justin Bieber before he became very famous, which have since become drawn upon in more recent stories about how he was ‘discovered’. YouTube fame was presented as more authentic than other forms of celebrity, with YouTubers positioned as self-made, famous through talent and genuine popularity, in contrast to some other celebrities who were seen as more ‘manufactured’. Success online was also presented as ‘natural’, developing organically and unpredictably– something which could become viral if it captured the imagination of online audiences (such as the video meme ‘Harlem shake’).

This narrative about the viral/ random nature of YouTube is quite compelling – YouTube appears as a space of discovery, niche knowledge and community. For example, by February 2013, around 12,000 ‘Harlem Shake’ videos had been uploaded to YouTube. However, Kevin Ashton has argued that the mass production and circulation of the Harlem Shake videos had ‘nothing to do with community and everything to do with commerce’. 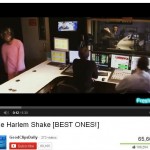 driven to the Harlem Shake videos:Google’s YouTube, not Apple’s iTunes, is now the dominant force in music. Nearly 2 billion music videos are viewed on YouTube every day…Google has amassed unprecedented power as a medium. It is massive, global and central. In addition, its claims about viewership are not audited. Television, radio and newspaper audiences are measured by independent entities like Nielsen and the Alliance for Audited Media. Advertisers can be reasonably certain how many people are seeing their messages. Google’s and YouTube’s audience claims are not measured independently. Everyone initially involved in driving traffic to the “Harlem Shake” had the same incentive: to increase the number of views.

The commercialisation of YouTube seems to relate importantly to how participants evaluated the work and fame of YouTubers. Whether someone was a ‘celebrity’ or ‘successful’ was up for debate – number of hits, subscribers and sponsorship deals were all used as evidence of the success or celebrity status of YouTubers. In this context, there were fascinating discussions in the groups about gamers and animators. Some participants talked about becoming a YouTuber as a potential career option, drawing on many of the narratives about ‘cool’ workplaces that Kim has explored in her work and in her most recent post [include link to geek post]. However, claiming this kind of aspiration was complicated, and seemed to require justification by participants to be seen as skilled or legitimate work.

I have been thinking about how this relates to dominant, pathologising narratives of teenagers and their consumption of computer games. In a discussion in the office with Heather, we wondered how far the playing of computer games has become less demonised in recent decades, with the positioning of geek and entrepreneurial identities within new media sectors as economically valuable in dominant discourse about careers and academics like James Gee arguing that gaming supports learning. However, such legitimacy still seems largely to be reserved for the use of computers for activities such as coding, or others that can generate income. This was evident in Michael Gove’s suggestion that a parent would be happier to see their child coding than playing ‘angry birds’. These tricky distinctions could also be seen in our data, for example this extract from a year 10 group:

In this extract, the legitimacy of gamer YouTubers is constructed with reference to their financial viability through sponsorship. The skill of those who play games and offer commentaries online cannot be straightforwardly claimed – YouTubers can be considered talented, Jerome qualifies, ‘for what they do’, suggesting that this might not be considered ‘talent’ in other spheres.

It is interesting that in response to question about validity of playing games for a living, Dave responds with information about scientists answering questions online, which perhaps moves the discussion about YouTubers into more established and legitimated forms of work.  This talk highlights how talk about YouTuber celebrities serves a social function within the group, including the ongoing negotiation of what counts as ‘work’ and ‘success;’.

These are some initial, sketchy thoughts as we’re working through our data. In the coming months we’ll be working more with the focus group and individual data and will be blogging our thoughts as we go.