As mentioned already, the discussions of Will were overwhelmingly positive. Will was regularly named in the ‘like’ list/ pile even when he wasn’t discussed at length. Indeed, talk about Will tended to be relatively fleeting in comparison to some of the lengthy discussions about other celebrities such as Justin Bieber or Kim Kardashian. Will generated most talk in the all-male group interview in one of our South West Schools where one participant even chose Will Smith as his pseudonym, and another chose Carlton (another character from Will’s popular TV series, The Fresh Prince of Bel-Air).

Many of the quotes  below are drawn from that particular group, however, as we’ve just been observing in our initial analysis of the individual interviews, the ways in which these young people talked about Will were replicated across almost all of the 48 individual interviews where Will was described as the celebrity they’d most like to befriend if our 12 case study celebrities were their age and attended their school – frequently seen as someone who would be  friendly, make you laugh,  and be humble and down to earth, and an ‘all round great guy’.

Cool Will: ‘He’s just the boss’

Heather: Right. You’re just a Will Smith fan aren’t you? Yeah, I’ve got that.

Will: He’s just the boss.

Harry: He’s just one of them guys that you’re like….

Male: Yeah, all the way

Will: it’s the nod, nod of appreciation. …

Heather: Okay. Why is everyone such a big fan of Will Smith? Just that he’s really cool and he.

Male: He seems to get along with everyone.

Male: He plays basketball and he does everything

Male: You can just tell.

Quite often, Will was aligned with ‘being real': decent and down to earth in comparison to celebrities who are ‘up themselves’:

Yeah, there’s probably some that are really up themselves and then like … There’s others that are actually, like decent people. … Like Will Smith. I’m sure he rocks … He’s probably a decent guy, right. (Will, South West, Year 12) 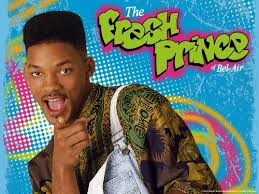 Elsewhere I have discussed how this 90s TV show continues to have a central role in shaping Will’s public image for a generation of young people who were not even born when it first aired, and in our research it is evident that Will’s affiliation with the Fresh Prince…  is indeed central to his ‘cool’ and almost  ‘Peter Pan’-esque image – as someone who just never gets old.

Heather: I remember him from um, what’s that show he used to do?

Heather: Yeah. He was so young then wasn’t he?

Male: He doesn’t age though. He looks exactly the same.

Will’s skills and career longevity as an actor were referenced by participants. He was discussed as a talented and good actor with a broad skill set and long list of career accomplishments based on hard work and dedication. As we can see in this quote  below, Will was seen as inspirational, representing the broader virtues and ideals of having a long and solid career.

He is wicked. He is like, well, Fresh Prince, innit? [laughter] That’s why I’m- he’s just- like how long he’s been acting for, it’s like a very long time, so. And the age he started at, it’s like … You know, inspirational. (Dr Lighty, London, Year 12)

Such an emphasis on Will’s career success is important in relation to young people’s own aspirations and notions of successful and happy futures, where achieving a sustainable and ‘good’ job – and being able to inspire others – was clearly important to them.

A final key theme in young people’s talk about Will in the group interviews revolved around his role as a father and ‘family man’ – in particular, his relationship with his son Jaden who has followed his father’s footsteps into the world of acting.

In one group of London Year 12 pupils, one participant – Dr Lighty – discusses whose life he’d want. He moves from Obama to ‘Jaden’, rationalising this on the basis of both Jaden’s success at a young age, and the virtue of having Will Smith as a father.

Strawberry: Too much pressure man, what?

Laura: Obama in what way?

Dr Lighty: Like anything I want. No Jaden Smith, sorry, [Strawberry draws deep intake of breath and sniggers] he’s at a young age as well, and he’s got Will Smith.

This fantasy of Will as your father resonates with the many ‘I wish Will Smith would adopted me’ memes on Twitter which I’ve observed. 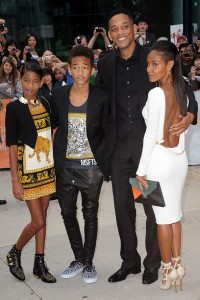 In another school, in Manchester, a group of Year 10 participants refered to the Smiths as spending their money well – not flaunting it – which we get’s read as a sign of being ‘down to earth’ and authentic (as discussed above).

Kim: So is it when people are celebrities and they get lots of money, and they’re not letting it go to their head, is that what you mean?

Somaya: Yes. Like not letting other people, like other celebrities are like, ‘I have lots of’, like the kind of the way they react. Or ‘I have lots of money’, then you don’t have it, or.

Somaya: Not be so selfish.

Anjali: Yeah, like, like, Will, the Smith family like they have got a lot of money …  and they don’t act like ‘yeah I have a lot of money. I can do whatever I want’ so.

This discussion resonates with the way Will himself talks about his family as being oriented to career happiness, creativity and self- fulfillment rather than monetary gain or fame, captured in this interview where Will contrasts the ‘Smiths’ to the ‘fame-seeking’ Kardashian family.

The elevation of Will Smith as an ‘ideal’ celebrity among young people demands unpicking.  In many ways we might celebrate the universal appeal of Will as a ‘strong’ and positive black role model for young people (and indeed, in our own experiences of disseminating the research to the media we have seen how widely held these positive readings of Will are).  However, as we’ve discussed in greater detail elsewhere,  our analysis of Will’s media representation has turned up some interesting if somewhat unsettling material which point to the post-racial fantasies and neoliberal narratives of success which are embodied in Will Smith’s celebrity persona. 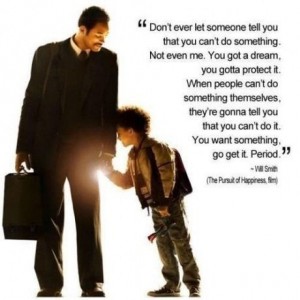 We’ve found Sara Ahmed‘s work particularly useful in thinking critically about the ways in which Will is positioned by our participants as a source of inspiration and pleasure.  Sara uses the term ‘happy object’ to describe something that represents things seen as socially good so that, through feeling happy about those objects, we align ourselves with ‘normal’ and socially approved ways of being.  In view of the ‘sickening work ethic’ Will espouses alongside his claims that racism no longer exists, we have argued that aligning ourselves with Will as a ‘happy object’ brings ‘good feelings’ that are rooted in post-racial fantasies of meritocracy and neoliberal myths about the power of the individual to overcome disadvantage.

As I discuss in this video, we find this problematic because it erases the presence of racial inequalities and practices of discrimination which continue to shape young people’s trajectories.  Recent research shows that regardless of the qualifications they accomplish or the ‘sickening work ethic’ they may hold, young people from minority ethnic backgrounds face very different opportunity structures to their White counterparts. To argue as Will does that race no longer matters is itself injurious to young Black men for whom  – as the recent cases of Mark Duggan in the UK and Trayvon Martin in the US demonstrate – being a young Black man in the 21st century is still an ‘ontological crime: a crime of being’. These are themes we’ll be exploring in further depth in our paper at the forthcoming Celebrity Studies conference.