Being vegan is about resisting the exploitation of nonhuman animals. It involves shifts in consciousness as I have come to see things I once desired – from chocolate cakes to leather jackets – as products of an ideology that enabled me to use my desire for them as a justification for industrialised slavery, torture and violence. When I last blogged on this subject I wrote about the links between the politics of gender and of animal rights. And I questioned why many feminists see being vegan as a lifestyle choice when they would never suggest this of being feminist or anti-racist.

The explosion of celebrity ‘vegans’ has been part of creating the idea that veganism is a lifestyle choice. When we read that film star Natalie Portman ‘went vegan’ to lose weight for her role as a ballerina in Black Swan and Beyoncé ate one ‘vegan meal’ a day to help her lose weight after giving birth to Blue Ivy, this suggests that being vegan is just a matter of what you happen to be eating at that moment and has nothing behind it. 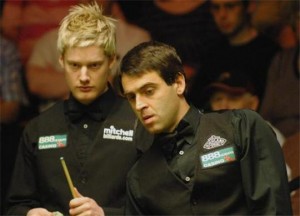 In contrast to this, Australian snooker player Neil Robertson when interviewed says that he follows a plant-based diet for health purposes, but is not vegan. As he explains, he still wears leather shoes, but is reading and learning more about the use of animals and may change this in future. Despite this, journalists consistently describe Robertson’s decision to change his diet as his ‘going vegan’. The Telegraph reported on this and fellow snooker player Ronnie O’Sullivan’s experiments with plant-based diets as the snooker world going ‘vegan loopy’ – in an article appearing in the fashion section!

So ‘being vegan’ for one meal a day to lose weight and eating animal products at other times is like ‘being feminist’ during work hours to support your career and being sexist in the rest of your life – or vice versa. Veganism, like feminism, is not a lifestyle choice, something you pick up and put down at your own convenience, it requires ongoing political commitment. But perhaps we’re in a world that’s going the other way – one in which feminism and other forms of politics are increasingly seen as lifestyle choices.

The UK General Election is just a week a way and what do we have to help us find our way through the political maze but a huge array of online quizzes which use a series of multiple choices questions to assess what percentage of you is Green, Red, Blue, Yellow or Purple. These reduce voting to consumer choice. What we need is less lifestyle politics and more commitment politics. As Michael Sheen said in his searing attack on contemporary politicians: ‘You must stand up for what you believe, but first of all, by God, believe in something’.