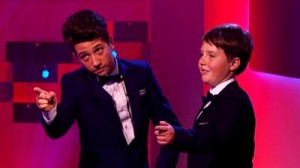 I am predicting that like many of its antecedents, such as Young Apprentice, the show will participate in the broader neoliberal project. It will educate young people to suppose that passion for individualised projects, hard work and driving ambition guarantee future success and will even help them to by-pass the perils of a turbulent labour marketplace and waged employment.

What I can’t predict is how the show will align the importance of living a good, prosocial and happy life with these ambitions to succeed. One of the questions asked in the show’s application form is whether your idea will help anyone or solve a problem but if past shows are anything to go by then altruism or even social entrepreneurship is unlikely to be the driver of the show’s narrative arc. Business competition television frequently promotes public recognition, financial success and individual achievement as the markers of a life well-lived. In fact, it’s incredibly rare for the popular imaginary to equate being happy with simply ‘making do’ or ‘getting by’ or altruistic or spiritual practice. And of course, the notion that individuals with low incomes, little career ambition or limited social networks could be either productive or happy would be entirely off-message.

Business television may well avoid addressing the complexities and paradoxes of developing into a happy, socially-engaged ‘successful’ individuals. But young people themselves are grappling with these challenges every day as the celebyouth project has ably demonstrated. If we look long and hard we can see these tensions playing out in their own conversations, cultural interests and practices. There is evidence that they, at least, are trying to unpack the hidden mechanisms of autonomy, choice, happiness, social engagement and the various notions of what success might actually constitute. We can see this, for example, in the books promoted by children and young people on their own blogs. Or, closer to home, let’s see what’s on the reading list of Pocket Money Pitch mentor Amber Atherton.

Atherton, a former teen model and jewellery entrepreneur was invited to reveal her ‘emotional ties’ for the regular Mail on Sunday column of the same name. Alongside her treasured trinkets, charms and photographs are four of the books to which she turns ‘for inspiration and motivation’. She says ‘they remind me that it’s important to live and be happy in the moment, and to be grateful for what you have’. For me her intriguing selection highlights the hazards and tensions which young people negotiate as they make sense of the present and envisage their futures in a neoliberal world. Drunk Tank Pink (2013) outlines the subconscious forces that shape how we think and act. Maupassant’s classic novel Bel-Ami (1885) describes one man’s corrupt ambition and successful social ascent. Thinking Fast and Slow (2011) addresses the social psychology of decision-making. And Ayn Rand’s Atlas Shrugged (1957) champions the entrepreneur as radical outsider. This last is often cited by young Americans as the book which most influences them. Historian Timothy Stanley explained that ‘Atlas Shrugged [is] a very exciting book to read when you’re young … Rand teaches you that the individual is in complete control of their life….’.

Atherton’s aims are to be happy, to seize the moment, to be grateful – aims that we might all recognise as key to living a good life. Her reading list flags up quite different issues of control, autonomy, driving ambition, the will to power and the importance of social success. This mixed mapping of the terrain of young adulthood and its potential futures may look confused and muddled. But actually it’s a pretty accurate picture of the tricky business of finding one’s place in the world.