Politicians (particularly English politicians) like to bemoan young people’s lack of ambition and aspiration. Indeed, David Cameron promised to turn Britain into an ‘aspiration nation’, noting that it is people from working class and ethnic minority backgrounds that particularly suffer from the terrible disease of low aspiration. 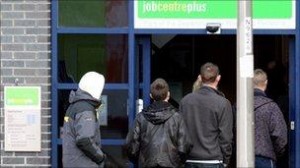 The problem with this kind of analysis is that research – including that by the CelebYouth team – has largely failed to find any kind of aspiration crisis (see the JRF’s Educational Aspirations or Kim’s recent post on ‘poverty of aspirations’). It is not clear that a lack of aspiration is to blame for society’s ills, nor that addressing such a lack will solve problems like youth unemployment or the misalignment of skills and labour market opportunity. Indeed, achieving really lasting change in these areas is likely to involve addressing some of the structural inequalities that exist for those who David Cameron argues lack aspiration.

It is possible therefore to argue that it is not a lack of aspiration as such that causes many of the problems that politicians bemoan, but rather structural factors in the economy, society and the education and employment system itself. For example, we present young people with a complex and disconnected education and employment system and then ask them to find their way around it with little support. As part of research I have been involved in, we asked young people to talk about career and found that they were often very unclear about what terms like “apprenticeship” meant, what the difference between further and higher education was and what the value of different qualifications were. It is hardly surprising that they struggle to understand how best to progress as they seek to penetrate the ever shifting sea of letters and jargon that comprise the education and employment system (do you want to do an NVQ, an EBacc, a BA or a Higher Apprenticeship?). Other research has found that young people’s aspirations are frequently out of kilter with the opportunities that actually exist in the labour market, leading them to pursue interests that are unlikely to lead to work. In other words, many young people want to get on, but they don’t know how. They aspire, but are unable to fully realise their aspirations.

One solution to this is to provide additional support for young people to navigate their way around the system. Traditionally this role has been played by career advisers alongside a range of other professional and non-professional sources of career support. If you don’t understand the education and employment system you ask someone who does. If you are rich you probably have a whole load of people in your network who have successfully navigated this system themselves. If you are poor you probably have to rely on public resources like career advisers.

Publicly provided career support can help everyone, but it is particularly important for those who have limited career resources amongst their friends and family. At its best it can serve as an instrument of social justice, levelling the playing field by providing support for social mobility as well as addressing the particular needs of those who are socially excluded. From 2000 the agency that was tasked with this job in England was Connexions. Connexions was criticised for a range of justifiable and less justifiable reasons, but perhaps the most serious concern about the Connexions era was that it saw the universal entitlement to career support decline in favour of a targeted service for ‘vulnerable’ young people.

The problem with abandoning universal approaches to public service delivery is that it creates a logic whereby the targeting criteria are continually refined whenever resources get scarce. Essentially what starts out as a public service turns into a benefit directed at those who are perceived as having a problem. The process of targeting also tends to result in the removal of access from the sections of society that have the power which in turn results in stigmatisation of the service and a lack of interest and understanding from the powerful. Connexions suffered from all of these problems and so it wasn’t surprising that the Conservative manifesto promised to abolish it and replace it with something better. 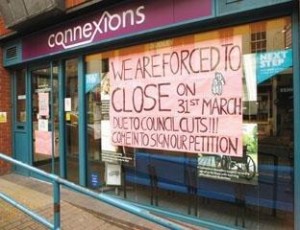 However, once the Coalition took power, Connexions was abolished, but nothing was put in its place. The responsibility for career guidance in England was transferred to schools and the statutory duties to provide career education and work-related learning were abolished. The loss of career education and work experience were disastrous as this was where young people were encouraged to explore their career interests and test out their aspirations. The transfer of responsibility for career guidance (without a corresponding transfer of funding) was also a major mistake. At the time we reviewed the evidence about effective career education and guidance  and concluded that it was pretty much the opposite of what the Government were doing.

Recent research studies and a review from Ofsted have found that the quality and quantity of career support in schools is variable and in decline. In ‘A career postcode lottery? Local authority provision of youth and career support following the 2011 Education Act’ we highlight the important role that local authorities have played in the translation of policy into reality and conclude that we have ended up with a postcode lottery of provision. As schools now have to pay for career support, it competes with other concerns in their budget. Our experience in schools suggests that independent schools (which typically have pretty well developed career support services) and the section of the state sector that serves the more affluent areas are more likely to be able to maintain quality provision. In schools serving less affluent catchment areas there can be a perception that there are more acute needs that career support.

Our research also suggests that the changes made by the Government have led to a continued decline in universal provision and a narrowing of the targeted services. Fewer young people are getting access to less support while most get little or nothing. The career provision on offer is often not being used to help young people to work out how to fulfil their aspirations, but rather to manage the fractured transitions of those who have severe barriers.

Recent policy has taken away both the space that existed within the school system for young people to explore their futures and the support and signposting that existed for them to navigate their way around the education and employment system. Such changes are likely to impact most seriously on those who have less financial, social and educational capital. Which does beg the question is this the way to create an aspiration nation?

Tristram Hooley is Reader in Career Development at the International Centre for Guidance Studies, University of Derby. He writes the Adventures in Career Development blog. He is the co-author (with Emma Langley and Denise Bertuchi) of A career postcode lottery? Local authority provision of youth and career support following the 2011 Education Act. Tristram has also written numerous other papers on career and career development.