For an artist who performed at both President Obama’s inaugurations and (along with husband & Hip Hop Mogul Jay-Z) has a joint net worth over one billion dollars, it would not be outrageous to consider Beyoncé an establishment figure well positioned within the African American bourgeois elite. This is the same Obama administration that has militarised the domestic security apparatus to unprecedented levels and overseen the biggest transfer of wealth from the poor to the rich in US history. Needless to say, a disproportionate amount of US poor are African American.

The militarisation of US police forces has had disastrous consequences for working-class communities of all ethnicities across the nation, compounded by near complete impunity regarding the prosecuting of officers found to have participated in the abuse, and at times deaths, of civilians. Under President Obama, military equipment previously exclusively used for overseas combat missions was released to police forces that were facing mass protests over police brutality, notably in Ferguson. Beyoncé’s ties to the Democratic Party establishment are well known, further raising legitimate questions about the consistency of both rhetoric and reality.

Some have labelled the video as an homage to black power, and black nationalism in particular. However, the only thing Beyoncé is advocating for is greater belief in the US capitalist system, encouraging her listeners to channel their frustrations into “Getting that paper” – once again reinforcing the very economic system currently reversing the living conditions of America’s poorest (a disproportionate amount of whom are African Americans).

Inequality, state-sanctioned brutality, weak healthcare provision and attacks on workers’ rights will not be overcome by the individual accumulation of wealth. Eric Garner didn’t die because there aren’t enough black millionaires able to enjoy Givenchy. And the levées in New Orleans didn’t break because there aren’t sufficient “Black Bill Gates”. It is a system that is failing poor black, poor white & poor Latino people that must be further scrutinised. Insincere posturing by billionaire blacks on a pro-capitalist bent should at least be recognised for what it is.

The song is entirely reactionary, using breathtakingly powerful imagery to strike a pseudo-radical position, when in fact this song couldn’t be a greater endorsement for black capitalism if it was performed by Don King & Floyd Mayweather and composed by Frank Lucas. The American dream has been proven repeatedly to be a myth, the peddling of it as a model route out of oppression is both problematic and symptomatic of the thinking of those who propagate respectability politics. I feel the song is nothing more than a cynical opportunity to expand a brand with certain phrases that will inevitably adorn ceaseless t-shirts, baseball caps and hoodies. You should not be confusing what is clearly opportunist consumerism with daring, socially-conscious activism in this instance.

Beyoncé throughout talks often of “You” & “I” but there is no reference anywhere to “We”. And herein lies the truth of the song, greater promotion of an economic system that allows for alarming inequality in a nation with both obscene wealth and outrageous, third world poverty. Greater championing of individualism (“You just might be a black Bill Gates”) whilst the socioeconomic conditions of the masses (white, black & Latino) further regress again fails to adequately critique or even touch upon some of the major societal issues facing America.

Once upon a time black celebrities like Paul Robeson, Harry Belafonte and Nina Simone used their prominent positions to support the working class advocating for real change. The lyrics found here are the very antithesis of that, supporting much of the right-wing rhetoric that has done nothing to alleviate the miserable conditions for many across America. Ladies, you’re asked to get into formation, but for what purpose and for whose benefit? The answer may not be as radical as you think.

Kwame Ibegbuna, 29, is Activism Lead for the RECLAIM Project in Manchester and a social activist. 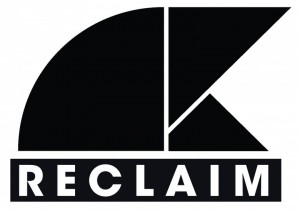