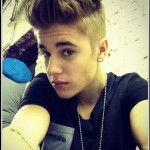 Four of our seven ‘tentative top 12’ males made the final cut. First, swimmer and now Reality TV start Tom Daley remains popular, definitely the strongest showing of any of the Olympians in the group interviews. Justin Bieber remained a touchstone for hate in Windsor and Merlin – although he attracted some sympathy for what participants saw as the excesses of his fans. In particular they mentioned #cut4bieber – a campaign to stop him from smoking dope through fans tweeting pictures of themselves self harming. Will Smith didn’t pick up more mentions but we need a male film star in the sample and, while a lot were mentioned, very few stood out from the pack. We considered Jackie Chan who was popular with a few of the boys but stayed with Will for a few reasons. There’s been a couple of interesting conversations about his family, and he’s perpetually growing up in public via the daily reruns of The Fresh Prince of Bel-Air. Also we had lost the other two African American men from our tentative top 12, Mike Tyson, who came up in all three of the first schools, but not in either of the next two, and Barack Obama. Mike and Barack were not the only two ‘tentatives’ to fail to make the cut, we lost Keith Lemon, our only fictional celebrity in the 12, and perhaps the most popular and successful of Leigh Francis’ comic creations. I was disappointed since I’ve been a fan since Leigh Francis first appeared on TV as Big Brother superfan, Avid Merrion. The final tenative-twelver to make it through is entrepreneur and philanthropist, Bill Gates. He recurred in young people’s talk about how different stars use the money acquired through celebrity. 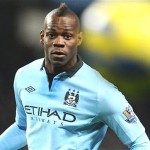 Joining Tom, Justin, Will, and Bill to make up our six men we have footballer Mario Balotelli and Prince Harry. Our most recent two schools happened on consecutive days and the prominence of Harry and Balotelli can partly be ascribed to recent events – with Balotelli’s antics hitting the news and a TV interview with Harry. Clearly talk is very dependent on recent events but we’ve tried to pick people where their topicality appears to indicate a wider significance for the young people – rather than, for example, David Haye or Helen Flanagan who got a few early mentions presumably only because they were featured in I’m a Celebity Get Me Out of Here. Notably in Merlin, there was a strong positive attitude towards the military and Harry chimed with this, but he also came up in Windsor. 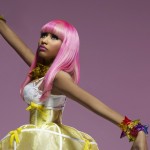 Four of our five ‘tentative top twelve’ females made the final cut. First we have Katie Price, ex-glamour model, Reality TV star and businesswoman. She was a controversial figure among our participants, with some attacking and some defending her, particularly around her role as a mother. Feelings about US socialite Kim Kardashian were also mixed with some hate, and plenty of cynicism and disapproval about how she’s achieved fame – perceived as a mix of inherited wealth and a sex tape – but also some young women who admired her fashion and/or wanted aspects of her lifestyle. Singer and current American Idol judge Nicki Minaj rather like Justin Bieber was a touchstone for hate – with many people positioning her as fake. Finally, Emma Watson cemented her position by coming up in both Merlin and Windsor and once again showing her particular popularity in the rural South West. In contrast to the others she seems universally liked. We lost Miley Cyrus who didn’t feature at all in Windsor and barely registered in Merlin. Disney stars generally continued to register, usually negatively, with our participants. In one fascinating discussion in Windsor, Camp Rock star Demi Lovato was positioned positively by one young woman for facing her various psychological and mental health problems and keeping this largely private, and negatively by one young man, since she should’ve had the strength of character not to have suffered these.

Joining Katie, Kim, Nicki and Emma are new princess Kate Middleton and singer Beyonce. Since these were both 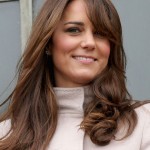 largely viewed positively, they help balance the women we’re looking at between figures who attract love and hate, admiration and disapproval. Kate Middleton came up here and there across our schools but her inclusion means we have a second and contrasting member of the royal family along with Harry. It also means that, with Kim K, we have two babies due during our six month sampling period. Finally Beyonce was mentioned across our sample and was a ‘role model’ for some aspiring singers at Windsor. She offers an interesting contrast with Nicki Minaj and did not seem subject to the negativity that other women attracted for exposing their flesh.

The decisions about our top twelve are not just about who came up the most – there were also partly-subjective judgements to be made about how much energy different people attracted and our desire to get a balance of genres, backgrounds, social characteristics etc. This means that some people who came up a lot are missing, notably, One Direction. As past X Factor contestants and UK music stars, they would definitely bring something to the group. But they raise sampling problems – e.g. do we do a case study of one or of all of them? (only Harry and Zayn were mentioned by name). They also seemed to function in a similar way to Justin Bieber (although it was more common and acceptable to admit to liking One Direction). So young people could use their dislike of them to distinguish themselves from younger and/or more obsessive fans, and so to establish themselves as mature and as having a more ‘appropriate’ relationship to celebrity.

Dead celebrities are missing. This is a category that took us by surprise but kept coming up – for example our recent two schools turned up, Winston Churchill, Etta James and Fred West, to name but three. The dead celebrity who got closest to inclusion in our final twelve is singer Amy Winehouse. Many young people spoke about enjoying her music, and her life and death sometimes provoked discussions on drug misuse. But studying a dead celebrity would have been methodologically tricky. We committed to tracking coverage of our case studies across six months – though Amy’s Brit Awards nomination is poignant reminder that celebrity discourses don’t end with a celebrity’s death.

So we’ve ended up with a mix of sport, music, film, glamour, business, Reality TV and royalty – with most people being hybrids, like Tom Daley an Olympic diver who’s now also a Reality TV star (the show Splash! which centres on him has just been commissioned for a second season). We’re missing politicians who on balance seemed not to be of much interest to our participants. We also have no comedians despite their frequent mentions. Only a few provoked any discussion and when they did it was mostly for their comedy shows rather than for their personality. A few exceptions were Keith Lemon, Russell Howard, Miranda and Ellen DeGeneres.

Finally science and technology celebrities are missing – interpreting this broadly, a few young people discussed magicians, like Derren Brown; survival expert Bear Grylls featured strongly in two groups; and scientist celebrities Brian Cox and Alice Roberts got the odd mention, as did experimental chef, Heston Blumenthal, and various Top Gear presenters. We’re intrigued by Bear Grylls – he seems to offer an important model of masculinity but in the end we felt that not enough people spoke about him to justify his inclusion. We had a thought-provoking discussion in our recent advisory group meeting where some people suggested choosing Brian Cox with an eye to impact, but in the end we’ve stuck with our original intention – to use the young people to orient us.

We’re delighted that this finally group is one we couldn’t have imagined and so far from our own tastes. I’m hoping I’ll

grow to love my four – Tom, Bill, Emma and Beyonce – despite avoiding most of the Olympic coverage, using an open source alternative to Microsoft Office, never having seen a Harry Potter film and listening to a radio station that doesn’t playlist Beyonce!! Kim will be getting acquainted with Justin, Will, (her namesake) Kim and Kate; and Laura with Mario, Harry, Katie and Nicki. We’ll be posting updates on these as we progress.