In the interview, Doonan discussed an essay in the book (replicated here) about his experience of being raised by working-class parents in the 1960s and 70s, being ‘stuck in retail’ and of ‘clawing one’s way into the strange, intoxicating world of style and fun’ of New York’s fashion elite. He speaks of his journey into the ‘shimmering world of fun and creative expression’ as one of ‘transformation and reinvention’. In it, Doonan challenges the industry’s culture of giving internships to privileged kids from Knightsbridge and Mayfair in a call to make way for ‘talent’ from ‘the crap towns’, including himself and Croydon-born super model Kate Moss. The chapter ends with a letter to the fashion industry which calls on it to ‘Beware of privileging the privileged. Keep the door open to the self-invented superfreaks from the crap towns’. 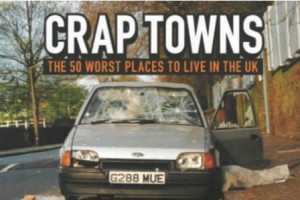 In many ways I welcome Doonan’s critique of the mechanisms of social closure that operate in ‘desirable’ industries like like fashion via internships and nepotism, particularly given my work in this area.  There is also much in Doonan’s story about his sexual identity, isolation and encounters with homophobia that is touching.  Yet I found much of Doonan’s interview troubling, specifically the broader cultural and political currency and significance of these tales of escape from the working-class ‘crap town’.

Indeed, Doonan presents a familiar tale of desire, class transformation, aspiration and ambition; of mobility from working-class locales and into seemingly ‘shiny spaces’ preserved for the privileged. We find such tales frequently in literature, music and film. These tales also ring a chord with me, being raised by parents with the instruction to ‘escape’ Crawley: a ‘new town’, literally created to appeal to London’s working-class, including my grandparents, in post-war Britain as alluring, ‘aspirational’ and full of promise. In many ways it delivered. Yet, since the 1980s onwards has frequently been derided as one of England’s ’crappest towns’  (a ‘shithole’ that’s full of ‘chavs’ no less).

What troubles me is how Doonan’s tales of ‘escape’ are recourse to linguistic repertoire which problematically fixes working class locales, and consequently ‘ways of being’, in deficit terms. He describes Reading as ‘grim’, ‘hopeless’,  ‘slaggy and violent’, as the ‘naff side of the tracks’. In stark contrast, the world of fashion is alluring and desirable with its ‘shining light’. Doonan doesn’t entirely reject his home: he explains how he and his ‘crap town contemporaries’ like Kate Moss, ‘celebrate our gritty roots with pride while simultaneously rejoicing in the fact that we escaped’. Yet, arguably, Doonan and Moss can claim this position safely, celebrate being ‘a working-class slag from a crap town’, because they have ‘escaped’; because their mobility into the elite means that they can mobilise their ‘working-class roots’ as a form of capital that gives them kudos and ‘edge’, whilst simultaneously allowing them to denigrate and disidentify from it.

This tale of escape which positions the working-class as deficit appears to have growing currency among our political elites. As we’ve discussed in a now exhausting number of times on this website, the political speeches of David Cameron, Michael Gove and David Laws are informed by a positioning of working-class schools, places, ways of being as in need of transcendence; where being ‘aspirational’ is defined as getting out and getting away from the working-class and all that it represents; where equality can be achieved if only those pesky working-class kids and their parents would apply to Oxbridge or consider a career in banking.

The most recent, and perhaps most irksome, example of this sentiment is Gove’s recent article in Standpoint magazine (reprinted here) where he refers to Willy Russell’s play and film ‘Educating Rita’ to defend his education reform policies. In this latest re-appropriation of thinkers and cultural reference points aligned with the Left (see also Jade Goody, Gramsci, Marx, Bourdieu), Gove describes how working-class Rita, intimidated by the ‘bookish chatter’ of university lecturer Frank’s sophisticated middle-class dinner party, returns to her family’s local pub:

Rita knows, nevertheless, that she has gone back to square one. She feels she may have missed out—perhaps forever—on the chance to choose her own life rather than accept the hand she’s been dealt. Her mother instinctively knows Rita deserves better and, mid sing-song, turns to her and says “there must be better songs to sing.” And at that point you weep for her. But Rita, determined to find those better songs to sing, returns to university. Willy Russell gives her a second chance to achieve her full potential. But what of all the contemporary Ritas who were at that Liverpool school where just 1 per cent got the qualifications which even allowed them to think of university? What songs are they going to have the chance to sing? 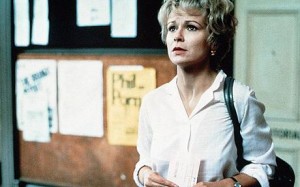 Gove proceeds to declare his ambition to reform education and allow ‘the contemporary Ritas’ to fulfil their potential, via the growth of his Academies and Free Schools programme, and controversial reforms to A-level and GCSE exams, the curriculum and teachers’ pay (all of which have been widely criticized as reforms which will increase educational inequalities).   As Donald Gillies brilliantly exposed in his paper on Gove’s educational discourse at this year’s BERA conference, Gove frequently refers to his concern with narrowing the gap between rich and poor children. Yet this sits in tension with both the elitism within his policy, and a failure to recognise the need for economic interventions that tackle inequality at its source, and which this government’s regressive welfare reforms arguably exacerbate. (As if you needed more evidence, Gove’s narrow and dangerous view of poverty and inequality were revealed again this week in his claims the rising numbers of families relying on food banks is the result of poor ‘choices’ and financial mismanagement among parents).

In Gove, we are left with a highly problematic notion of aspiration, educational success and class mobility. This is a class project which instructs individuals to ‘leave their class behind’ (escape those ‘crap towns’) by becoming someone different (read: middle class). This politics of aspiration blames individuals for their circumstances rather than challenges and exposes how the very institutional and professional spaces deemed ‘shiny’ or ‘aspirational’ privilege middle-class dispositions, values and practices, and as a consequence exclude.

In her work on the cultural politics of happiness, Sara Ahmed (2010: 34) mobilises Educating Rita to offer another, different account of how this film speaks to class politics and inequalities:

Consider the film Educating Rita. This is a film about education as self-transformation…through a process of being educated in literature…. In the first instance Rita learns by switching affections, by learning to appreciate the difference between pulp fiction and literature. But by the end she becomes free of any such affection…. Her hunger for knowledge becomes symptomatic of her failure to transcend the working class habitus that makes becoming educated desirable in the first place.

In drawing on Bourdieu and Skeggs’ work, Ahmed exposes how that which is deemed ‘good taste’ (that which Rita must perform to be seen as ‘educated’) is not ‘natural’ but informed by moral judgments of the middle-class: ‘the occupational ideology of those who like to call themselves creators’ (Bourdieu: 1979, 491). Yet, legitimated as ‘pure’ and ‘natural’, Rita is only left with feelings of lack and being a misfit. She knows she can only find status and acceptance if she continues to disidentify from her working-class origins which have been stigmatised, and invest in ‘respectable’ femininity (Skeggs, 1997).

Such an understanding of the class inequalities that produce these feelings when the working-class enter spaces that ‘shimmer’ is missing in both Gove’s reading of the film and his policies. Rather he insists that it is working-class youth who must transform and transcend their ‘crap towns’ by investing in those middle-class identities and spaces deemed socially acceptable and ‘aspirational’.  I feel like it’s time for another film: ‘Educating Gove’.