Celebrities make the headlines with such regularity, you could be forgiven for concluding that as a society, we are completely obsessed by celebrity culture. We consistently volunteer an interest in the things celebrities do or say – particularly when their antics are less than admirable. There tends to be a sense of ambivalence about our attitudes towards celebrities: they are either adored or exalted; defended or attacked; glorified or demonised; derided or revered. In this guest blog post, Gary Walsh from Character Scotland, explores the relationship between young people, celebrity culture and character education.

In the wake of a recent spate of ‘poor’ behaviour from celebrities such as Justin Bieber, Miley Cyrus and Rhianna, Young Scot produced this positive article for young people in search of inspiring role models. Engaging programmes such as Inspire Aspire can also help children and young people to reflect on key issues such as their character, values, role models, inspirational figures and aspirations. Clearly there are ways of leveraging celebrity culture as a force for good, but these efforts are often countered by a seemingly endless tide of sensationalist stories in the mass media that accentuate what is ‘bad’ over what is ‘best’ in people.

There are many questions about celebrity culture: Does it really matter? What impact does it have on us, and particularly on children and young people? Is it good or bad? When we worry about its influence, are we guilty of succumbing to over-egged ‘moral panics’, or is there really something in it which is worthy of serious deliberation?

Let’s look at what just some of the research, literature and commentary can tell us. Some of it raises immediate concerns while other articles caution against overstating the influence of celebrity culture.

For instance, in this article about eating disorders, Dr Judy Scheel counters a populist view, being clear about the fact that celebrities are NOT responsible for causing eating disorders. It is a mental health issue. She concedes however that celebrities have a responsibility to carefully consider how they choose to raise the topic in the media. This article from Ilona Burton in the Independent echoes this view but also states that social media should do a lot more in eliminating the scourge of pro-anorexia websites, which can often glorify ‘super-skinny’ celebrities.

To look at a worst case scenario – in a study of suicide contagion and imitation, Wasserman (1984) found that “celebrity deaths by suicide are more likely than non-celebrity deaths to produce imitation” (referenced in Media Contagion and Suicide Among the Young, Gould et al, 2003). These findings resulted in the creation of guidance on how suicides should be reported by the media.

Clearly, celebrity culture impacts on health and wellbeing, sometimes in the most extreme sense. However the ways in which it influences are plural and incredibly complex. It is all very well for the mass media to have academically robust guidance for how these difficult issues should be dealt with in their reporting, but how prepared are the rest of us to deal with those complexities in our various roles as parents, professionals and responsible members of society?

The work of CelebYouth seems to be a vital step in achieving the goal of having a well-researched evidence base on the impact of celebrity culture on young people: separating myth from reality, telling us what young people themselves have to say about it, and helping us to learn more about the kind of support and opportunities young people need in order to navigate today’s market-based consumer society, in which the media and celebrity culture are key driving forces.

It is generally accepted that supporting young people to become independent and critical thinkers helps to guard against detrimental influences. One way to empower young people to make their own decisions about who they are, who they will become and what they stand for, is effective character education.

Character Scotland, a charity set up in 2009, advocates for the idea of this approach receiving more attention in practice, policy and public awareness. It is widely recognised that character development is central to the purposes of education and youth work, but there are only implicit references to this in practice or policy. This is a missed opportunity, as the study of character is a rapidly expanding area with a substantial, growing research and evidence base.

This type of input can equip young people with the self-awareness and confidence they need to thrive and flourish. If young people are more aware of their character strengths and those of others, for instance, they can seek out opportunities to build on these strengths in their own lives and in their relationships with others. (Click here to complete a scientifically validated strengths assessment survey.)

What does the research in character formation tell us about the influence of celebrity culture? The picture here is sometimes contradictory but generally hopeful. In a study of character, virtues and values in 3 to 25 year olds – the largest ever to be undertaken in the UK with over 70,000 participants – the primary influences on the lives of young people were measured (Arthur, 2010). According to the views of participants, the primary influences are parents, followed by extended family, friends, teachers, community leaders, with “people in the media” coming in at the bottom of the list. These findings may come as a surprise, but adults can overestimate or misunderstand the influence that the media and celebrity culture has on young people.

This is not to undermine the overall impact of celebrity culture. Approximately one third of the participants agreed that the media is an influence to some degree on their character and values, but overall it was far less important than family, for instance. The study also recognises that “while the sample thinks that the Media do not have an impact on their character, it does actually shape their language and to some extent their attitudes and certainly their aspirations.” Interestingly, the study also found that “many of the examples they gave of moral issues were drawn from TV, which appears to suggest a positive role of TV in helping pupils to discuss moral issues”.

Perhaps this tells us that while celebrity culture has an important role to play in the lives of young people; its influence generally manifests itself in what young people do rather than who they are. This distinction can be easily confused.

The truth is that young people already have remarkable strengths of character and positive values. What they need and deserve are the opportunities to explore and enact their own strengths and values; a level of trust which embraces appropriate risk as a way of learning about themselves and the world; continuous support and a level of tolerance and patience for the mistakes they inevitably make along the way.

We know we are capable of that – after all, isn’t that exactly how we treat celebrities? 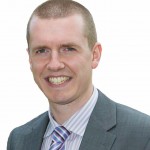 Gary is part of the Executive Team at Character Scotland. His role is to help shape the future and direction of the charity by developing new partnerships and opportunities. A creative and entrepreneurial charity worker, Gary aims to make a positive difference to the lives of children and young people. His experience includes the development, execution and management of high quality services and projects, supporting schools with holistic educational themes such as confidence, motivation, mindset, personal safety and character development.