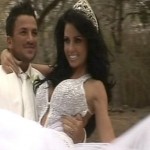 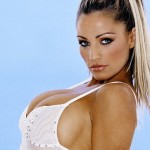 Over the course of my work on the project, there were two figures in particular for whom my perceptions of them and celebrity more generally shifted dramatically:  Katie Price and Nicki Minaj. Both receive a lot of public abuse for the type of work that they do and for the ways they look: Katie Price and her glamour shoots and Nicki Minaj with her sexually explicit music videos and sexual language. Prior to starting on this project, I have to admit that I shared similar views. Katie Price and the nature of her celebrity had me thinking that she was shallow and nothing more than a ‘bimbo’ because of my personal discomfort with and objections to the type of work that she does and her various public relationships/marriages.  However, embedding myself within the case study data on Katie Price and Nicki Minaj I have found my views and feelings toward them shifting. I have become more understanding of their lifestyles and personalities. The most striking impact has been on my views of Nicki Minaj. 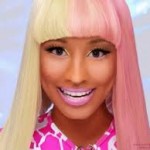 Upon first coming across Nicki through her music for this project, I transcribed and annotated the music lyrics of her famous High School video. With some disgust, I annotated the highly sexually explicit lyrics and just about got through the 4 minutes of the music video. I was horrified to learn what young people might be listening to – it certainly was an education for me! I continued to transcribe and annotate six further videos, including Pound the Alarm, Starships, Fly, Super Bass, Moment 4 Life and Check it Out. But, as I began to look closely at her music lyrics I began to see a side to Nicki which was different from my first impressions of her. I began to see a Nicki that stood for a positive and proud femininity, feminism and wanting to be free from being boxed up and labeled. She is Black, and she is a rap artist, staying ‘true to herself’.

I’ve now come to feel that what she is saying from her hyper feminine and sexualised images is that she refuses to be defined or constrained by the gendered expectations of the hip hop genre. Yes, she is a ‘Black rap artist’, but she has different sides to her, and appreciates different personas. It is almost like she doesn’t want to limit herself and works to constantly evade the limits projected onto her by others. In contrast to many women in the music business, she takes a strong feminist position within her songs and these lyrics circulate online as inspirational quotes about strong womanhood, being true to oneself,  and believing in yourself. 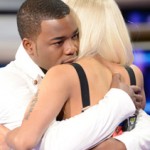 She comes across as someone who has struggled in her life and we get a sense of her reaching for inner peace and fighting people/events/times that have been difficult. For example, we can see this come in her song Fly, which speaks powerfully about resistance and self-belief. Watching her as a judge on US talent show American Idol, made me think of her as someone who’s warm towards the contestants wanting them to feel special; for example, in one 2013 American Idol audition Nicki hugs a contestant who was not very talented at singing and offers him words of advice, telling him to keep going. While such ‘Reality Television’ is always constructed, it is likely that Nicki has some choice about how she’s portrayed in the show. Interestingly, in Idol, Nicki is positioned as the less elegant, less skilful and almost as less of a ‘lady’ than fellow-judge Mariah Carey. Yet, as I came to ‘know’ Nicki a bit more, the way I viewed her in these shows was as warm, supportive, caring and encouraging.

That I can think so many different things about these celebrities in the space of just a few months – and continue to reflect on why I held certain views of them – shows that our own investments in celebrity (as researchers and as everyday consumers) are complex and shifting.