When I grow up I want to be a teacher

When I grow up I want to be a dancer, actress or singer

When I grow up I want to be a vet

When I grow up I want to be a scientist, a mathmetician or an inventor

When I grow up I want to be either an author or someone who makes little models you can paint…. or a lego designer 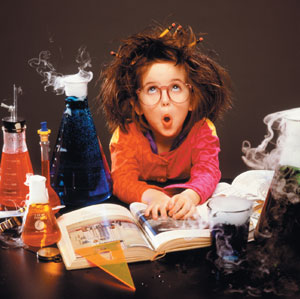 Presenter Jenni Murray asked: how likely are these young people to become what they dream of? Do these aspirations actually matter? Murray was joined by Professor Eirini Flouri of the Institute of Education who discussed the results of analysis of the Millennium Cohort Study drawing on data from 13,000 children, tracked through their childhood.  The research, drawing on the responses of such a large sample, is valuable. However, the ‘key findings’ were hardly surprising.

First, the study revealed strong gender patterns setting in at a young age: Girls were more likely to aspire to traditionally ‘feminine’ occupations (based on labour market representation): teachers, nurses, secretary, beauticians. Feminist scholarship in education illustrates the various practices in nurseries and primary schools that regulate girls and boys subjectivities. Ideas about appropriately ‘feminine’ and ‘masculine’ behaviour in the classroom and playground – where girls learn implicitly and explicitly to be caring and other-oriented, and boys to be boisterous – will undoubtedly inform the way they see themselves, and what they can do, in the future.

Professor Flouri also made a point of emphasizing that while children tended to hold aspirations for occupations similar socio-economic status of their parents, a large majority had ‘high’ aspirations as compared to occupational and educational level of their parents. Again, research has consistently revealed that working class kids do hold high aspirations for their future. The idea that they – and their parents – are lacking or deficit in ambition is a dangerous myth that is constantly wheeled out by politicians as part of a wider narrative about the working-classes.

The discourse of a ‘poverty of aspiration’ circulated under New Labour and has been further embedded in the policy texts and political speeches of the Coalition which have located an ‘aspiration deficit’ in children from deprived backgrounds as the cause of ‘educational failure’  (Careers Professional Task Force Report,  2010). Meanwhile, the Child Poverty Strategy (2011) stated that ‘experience of life in a workless family is associated with lower educational attainment and reduced aspiration to gain employment themselves’. Elsewhere, the Coalition’s strategy for social mobility Opening Doors, Breaking Barriers (2011), identified ‘raising aspirations’, rather than redressing structural inequalities, as central to ‘breaking the cycle of poverty’. Evidence, when it is cited, problematically draws links between early aspirations – as a ‘proxy’ for certain behaviours and orientations such as ‘resilience’ and other ‘emotional competences’ (or problems) – and outcomes in later life.

This narrative of low aspirations, poor parenting, a lack of responsibility and idleness in working-class families forms part of a wider value system which attaches moral worth to some subjects through the pathologising of working-class others. Politicians continue to locate working-class kids and their parents as deficient in aspirations, despite research by academics and charities that illuminates the varied ambitions and dreams that working-class youth hold.

But if we want to take seriously the future wellbeing of children, we need to ask not simply what they aspire to but can these dreams be realised?  Recent research by St Clair and Benjamin illustrate the problematic conflation of aspirations and outcome in their recent study of the career aspirations of 490 young people in three schools in the UK.  They asked young people (aged 12-13 years old) to name both their ideal/ dream occupation and the job they realistically expected they would do when they got older. Their research shows that young people hold high aspirations but are acutely aware of these wider constraints on who they could become: While 84% of young people identified professional occupations as their ideal job, only 67% felt these to be realistic.  Conversely, while only 1% of young people surveyed identified manual and service sector occupations as ideal careers, 7% felt these to be more realistic aspirations. What is most interesting however is when young people’s ideal and realistic occupations are mapped onto the actual patterns of employment in the UK. Here we find that the proportion of young people hoping for work – both ideally and realistically – in the top occupational categories is far higher than the current workforce can support. As St Clair and Benjamin state, young people’s aspirations represent a ‘compromise between the desired and the possible’.

Focusing on ‘raising young people aspirations’ without providing labour market opportunities to accommodate these is dangerous but, sadly, to be expected. The reason discourses of ‘low aspirations’ are so pervasive is because, in individualising educational ‘success’ and ‘failure’ as the outcome of personal faults and pathologies, they allow politicians to sideline issues of family resources, educational segregation and marketisation, and economic inequality. These material conditions of young people’s lives are the real problems which make it possible or not to realize their dreams. As acts of austerity ‘bite’ and continue to punish the poor, inequalities in education, welfare and the labour market mean that the chances to get ‘good’ or indeed ‘any’ work are being diminished.

As for my 7-year old self, I’m still working through that. Expect another blog post on this soon.