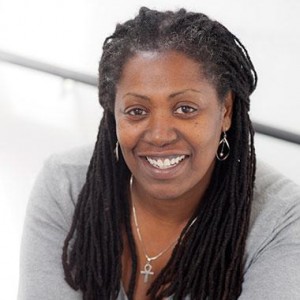 In the UK, the educational failure of Black and Ethnic Minority young people, is largely blamed not on systemic racism, but on a lack of ‘role models’. Multiple initiatives exist to diversify the teaching workforce justified on the basis of the need to provide more role models to inspire young people. These initiatives contain naïve assumptions of culture matching, and gender matching. They simplify the relationships between teachers and students to ones of mimicry and ignore the experiences of the teachers involved. A new study by Patricia Alexander (pictured), focuses on teachers’ experiences. In this post I summarise what she found when she spoke to Black and Ethnic Minority teachers who identify as role models.

Patricia’s work is based on two in-depth individual interviews with each of seven secondary school teachers across London. She asked them about their memories of their own education, how they’d come to be working in education, how their careers had progressed and how they saw themselves as teachers. She also asked about their own role models and what this identity means for them personally and for their work. What she found are teachers who navigate racism within their schools, to offer alternative ways of being to the young people they teach.

Cultural identities come from somewhere, have histories. But, like everything which is historical, they undergo constant transformation. Far from being eternally fixed in some essentialised past, they are subject to the continuous ‘play’ of history, culture and power. Far from being grounded in a mere ‘recovery’ of the past, which is waiting to be found, and which, when found, will secure our sense of ourselves into eternity, identities are the names we give to the different ways we are positioned by, and position ourselves within, the narratives of the past.

In other words, shared discursive history is not a fixed secure reference point for these teachers, but something that they must work to accomplish.

Through analysing what these teachers said, Patricia identified three dimensions to shared discursive history. The first dimension is sharing marginality. This refers to how the teachers understand themselves as having a common experience of oppression with those of their students from Black and Ethnic Minority backgrounds. Sharing marginality, and the empathy it generates, is the foundation for the relationships that teachers form with their students. It draws on the relationships that these teachers had with their own role models when they were growing up.

The second dimension is performing their role. This captures how in their work, these teachers draw on their different positions, in communities, across cultures, as men and as women. Instead of simply modelling an identity, these teachers seek out opportunities to critically engage with young people. Whether chatting to them in the classroom or intervening in fights, these ‘role model’ teachers offer alternative viewpoints, ideas and possibilities. The also seek to develop a critical approach in young people so that they can challenge the racist biases in media representations.

The final dimension is deploying resources. This relates to the ways that teachers use their bodies, knowledges and experiences as resources in the classroom and beyond. For example, Patricia finds that they draw upon a variety of cultural materials including youth styles, technology, patois and poetry to connect with young people and to convey a sense of responsibility and care towards them.

What emerges from Patricia’s work is a picture of committed teachers who are struggling against the racism in their own schools and the demands of a performative teaching culture. While they are proud to take up the position of role model, they have a sophisticated idea of what it means. Policy initiatives seeking to tackle ‘underachievement’ would do well to engage with these teachers, their ideas and their problems, rather than promoting reductive ideas of role models and using them to distract from the systemic racism which exists in schooling and wider society.