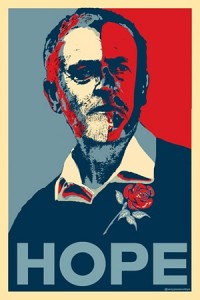 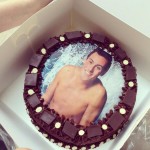 Tom Daley is one of CelebYouth’s case study celebrities so we were very excited when he hit the news last week after uploading to YouTube the direct-to-camera video ‘Something I want to say’. In it, Tom tells us that despite ‘dating girls’ in the past, he’d not had a ‘serious relationship’ until last spring, when he met someone who makes him feel ‘so happy and so safe … well that someone [pause] is a guy’. We love this video. Heather in particular has crossed the boundary from researcher to fan as she’s studied Tom’s media representation including, reading an autobiography and biography, following the news coverage of him across six months and enduring every episode of TV-celebrity-diving-competition Splash! Her colleagues marked her growing interest by getting her a Tom Daley cake to celebrate her 43rd birthday (pictured). In this post she looks critically both at Tom’s ‘coming out’ video and at reactions to it, suggesting that the ‘something he wants to say’ constitutes a new kind of sexuality story and one to which we need to listen attentively.