On the 26th November we were lucky enough to join forces with In Defence of Youth Work for a workshop exploring young people, celebrity and entrepreneurialism. 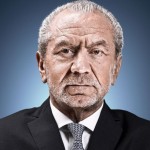 “If you have an undying passion for something, why not make money from it?” that’s Liam’s opinion, a young entrepreneur working in the creative industries. But Liam’s passion is not only a personal asset, it’s a national asset. If young people are regarded as emblems of the future then it’s no surprise that their passion to make money is now considered to be nationally important. The current political message is ‘Let’s harness young people’s natural drive and ambition to help rescue the nation from economic distress – after all they are our greatest resource!’ In this guest post, Anita Biressi and Heather Nunn question the values driving the growing convergence between education, enterprise and popular culture.