As part of a wider research project exploring young people’s identities and experiences of unemployment Dr Lisa Whittaker asked a group of young, working-class, Scottish women aged 16-18 about role models and who they look up to. In this guest post she shows how their discussions offer fascinating insights into their aspirations and how these are represented (or not) in celebrities and celebrity culture.

These young women had recently participated in a local authority Get Ready for Work programme. Like many young people who are classed as ‘NEET’, the majority of the group had had negative experiences in education and had few or no formal qualifications. All had participated in work placements during the programme; however, at the time of these discussion groups many were still unemployed and struggling to find work. My previous discussions with them had revealed their awareness of their position and the challenges they faced in life including finding work. I then asked them about who they consider to be role models…

Jenni replied “Jordan” (aka the glamour model, reality TV star and businesswoman, Katie Price). She goes on to explain that “she started off as a naeb’dy (nobody) and she hud (had) a rough life”. This is very much in line with the way young people saw themselves at that time. Jenni, in particular, had grown up in care due to her mother’s struggle with an alcohol addiction. The group had previously given examples of older people crossing the road to avoid them and of peers from school, who had gone on to college or found work now “looking down their noses at them”.

Jenni asked the group if they had ever read any of Jordan’s books. During the Get Ready for Work programme, the staff struggled to get Jenni, and many of the other young people, to engage in any form of written work, especially reading. So I was surprised to hear Jenni explain that she had read Jordan’s books; clearly Jenni didn’t dislike reading but was selective about what she chose to read. 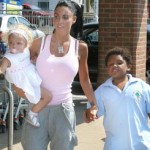 Jenni goes on to describe how Jordan has “been through a lot all her life, she’s had a lot of shite and she’s still going, with her head up high, she’s quite nice and a good mum”. This short statement seemed to encapsulate a key and shared theme in the way that these young women saw themselves. They projected their own subjectivities and life positions – as young women who had  “been through a lot” but who nevertheless retained pride, proclaimed resilience, emphasised the everyday personal quality of being  “nice” and valued being a  “good mum” – on to their perception of Jordan. They were aware of their precarious position and were recruited onto Get Ready for Work programmes as they had multiple barriers to finding employment. However, behind the ‘NEET’ label, they are young women with many aspirations of finding work and stability in their lives (discussed below); many of them would like to be parents one day. They are also trying to keep up with the latest fashions, take care of their appearances and maintain friendships. 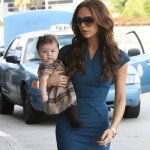 The group were quick to identify Jordan as a role model and they were equally quick to describe a celebrity who they do not look up to. Natalie states “not Victoria Beckham anyway”. The group were in strong agreement that they don’t consider Victoria Beckham a role model, saying: “she’s a skinny little rat”. Emma states that, “she’s had everything handed to her on a plate”. These young women have all faced their own individual challenges and they have strong feelings against people who they think have had an easy time in life. Victoria Beckham is not someone they can identify with in the same way they can identify with Jordan.

When asked about role models who are not famous Jenni continues a similar theme by describing her big sister. Again, the success despite adversity discourse appears in Jenni’s narrative. She explains her sister has “had a shite life and she’s is picking herself up and she has two brilliant children and a husband and her own house and she’s buying it, I don’t know, she’s done well”. It’s clear to see the links between Jenni’s description of Jordan and her own sister. Overcoming hardship, holding your head high and motherhood are key themes in Jenni’s descriptions and achievements which she recognises/congratulates with the words, “she’s done well”. Reflecting back on a previous discussion group we can see how these themes appear in Jenni’s own aspirations…

In a previous discussion group I asked the same group of young women where they would like to be in five years’ time, when they’re aged 20-23. Natalie is currently in a relationship and states that she would like to be engaged (to her current partner, Jamie) and have a baby. Jenni says that she would like to be “pregnant, with a good job and maybe putting a mortgage on a house”. Emma also wants to have her own house and Natalie jokes that she would like to have “long hair too!” There are clear links between the young women’s aspirations and the celebrity role model they admire, Jordan. These young women can identify with someone in the public eye who they feel has had similar life experiences to them. They are quick to discredit Victoria Beckham as they see her as privileged and do not feel she has overcome the same challenges they are facing. The young women reveal aspirations that are not commonly associated with a celebrity lifestyle but yet have clear links with the celebrity they admire. Natalie and Jenni describe their hopes of becoming parents one day, working and owning a house. The discourse of overcoming adversity is dominant in their narratives and this is reflected in their aspirations of stability. Whether or not these young women and others like them have the opportunities to realise their aspirations is another story.

Lisa Whittaker is currently Community Engagement Manager at Columba 1400. Lisa is involved in organising and delivering Young People’s Leadership Academies for young people from ‘tough realities’ in Scotland and England. Lisa also has a responsibility for Research and Evaluation within the organisation and oversees a grant Columba 1400 received from the Big Lottery Fund entitled “Young People’s Leadership: Sustaining and Extending Personal and Community Impact”.

Lisa graduated from the University of Stirling with a BA (Hons) in Psychology, MSc in Psychological Research Methods and PhD in Psychology: Whittaker (2011) Young and Unemployed: Giving and Getting Recognition in Peer Groups and Online. Prior to joining Columba 1400 in August 2012 Lisa was a Programme Executive responsible for The Enterprise Programme at The Prince’s Trust, Scotland