Reality TV represents a very interesting bridge, connecting us mere, ordinary mortals with the vaunted world of high celebrity. In fact, that’s the very attraction of reality TV, especially with competition programmes based on ‘talent’ like The X-Factor, The Voice, and The Great British Bake-Off. The appeal of these shows is that anyone, adult or child, old or young, can entertain their dreams of taking their one, hidden talent, and becoming famous from it.

So, unlike the airbrushed images of A-list celebrities, reality TV celebrities feel like everyday, ordinary people, seemingly plucked out of the average human population because of their ‘hidden talent’. Often we get to see them agonising about rehearsal problems, wardrobe malfunctions, and loneliness – ‘real person problems’ (in extraordinary circumstances) that make them more relatable than the more aloof and distant Justin Bieber or Keira Knightley. Although ‘being ordinary’ is increasingly important even to A-list celebrities, by contrast, they appear physically flawless, with their personalities carefully mediated through a professional team of publicists. Arguably it can become difficult for young people to see these A-list celebs as actual people.

Many parents and educators emphasise experiential learning, something that happens when we try unstructured, hands-on activities, where we can most easily learn while having fun. It’s a crucial way we develop the skills we use in life. Cooking, musical experimentation, arts and crafts projects – these are good examples of experiential learning activities, all of them geared towards allowing young people to explore their interests. With programs like The Great British Bake-Off and The Voice increasingly showcasing young people, interesting questions arise around the relationship between such reality TV shows and young people’s perspectives and choices around pursuing experiential learning. 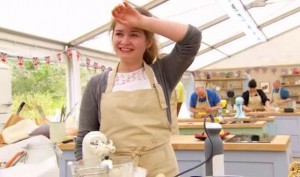 One example of a potential reality TV ‘role model’ offered by these programmes is Martha Collinson, an 18-year-old who was the youngest ever contestant to appear on The Great British Bake-Off. Although she did not win, she became very popular with viewers, largely due to her youthful, innocent approach to baking. Martha is fits with ideals of prettiness without the supernaturally perfect airbrushed quality of A-listers, and was studying for her A-levels at the time of The Great British Bake-Off – in short, an ‘ordinary’ teenage girl with a distinct passion for baking. Comparing responses to Martha with those to last year’s young female Bake-Off finalists suggest that not all find it so easy to gain acceptance. Yet, her example might arguably be seen to offer inspiration to young people – if she can find success in pursuing her interests, perhaps so can they. More importantly, Martha is continuing to pursue her baking for example through her charity bake-off for Children In Need, once again proving that new-found fame can be constructive. 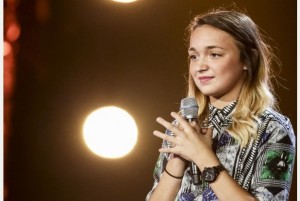 In a similar way, 17-year-old schoolgirl and X Factor finalist Lauren Platt is proving popular with her ‘earnestness’ and her youth. Her underlying message is that you don’t need money or connections to become famous – just passion and hard work, two qualities that also drive experiential learning. Another intriguing X-Factor finalist is 20-year-old Andrea Faustini, who confounds traditional stereotypes of celebrity and gender. With a beard, a slightly awkward manner and a little more padding than usually seen on TV, he also happens to have a killer R&B voice. Andrea’s unconventional appearance led the always-overgroomed judge Cheryl Cole to say he reminds people ‘not to judge a book by its cover’. The overall impression is that talent and endurance trumps all – encouraging young people to pursue their passions without relying on appearances. However, this encouraging message ignores the inequalities that still shape young people’s opportunities.

A number of articles in the news lately have focused on the negative impact of reality TV, citing programs like Keeping up with the Kardashians or The Only Way is Essex – shows that perhaps prioritise personal drama over talent. But this ignores the diversity of messages coming from competition-based programmes and other formats. In this sense, perhaps we shouldn’t overlook the possibility of reality TV in offering a more accessible kind of celebrity – encouraging young people to find their owns way through life.

John Brasington is a marketer, freelance writer and philosophy graduate. He writes about education, but he will take a keen interest in anything, and tries everything once.