We had an advisory group of eight lovely people from the worlds of media, careers education and academia. Further information on them is given below. This information talks about their roles while the project was running from 2012-2014. We have not updated it. But we were very sad to hear that since then Katy Jones has passed away. As this obituary says she ‘achieved amazing things’. RIP Katy. 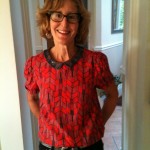 Laurie Cohen is Professor of Organisational Behaviour at Nottingham University Business School. Laurie’s interest in careers began with her doctoral research into women’s career transitions from employment to self-employment. Emerging from that have been studies of career change, perceptions and enactment of careers in professional organisations (mainly scientific research establishments) and the use of interpretive and narrative methods in the study of career. Another strand to Laurie’s research is careers in new forms of organisations, particularly India’s emerging offshoring and outsourcing sectors. Central here are issues concerning career mobility and migration – the subject of a seminar series that Laurie and colleagues recently completed. Laurie and colleagues are currently involved in another series of seminars focusing on career guidance policy and practice in a changing landscape. Laurie’s work has been funded by the Economic and Social Research Council and British Academy through a series of fellowships and grants. She has published widely and is currently on the editorial boards of Journal of Vocational Behavior, Human Relations, Journal of Management Inquiry and Management Learning. 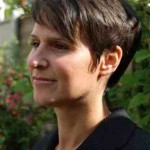 Becky Francis is Professor of Education and Social Justice at King’s College London, and works part time at Pearson as Director of The Pearson Think Tank. She has followed a research career focusing on education and social justice. Best known for her work on gender and achievement, Becky was a Professor of Education at Roehampton University before taking up the post of Director of Education at the RSA in 2010. This role involved thought-leadership on educational policy, and development and directorship of a range of research projects and interventions, including the development of the RSA Family of Academies. Becky’s policy research and analysis includes her recent influential work on ‘Satisfactory’ schools, in relation to social disadvantage. Her academic expertise and extensive publications centre on social identities (gender, ‘race’ and social class) in educational contexts, social identity and educational achievement, and feminist theory. She has written many books on these topics, including the most recent Identities and Practices of High Achieving Pupils (2012, Continuum, with Christine Skelton and Barbara Read); and has also co-edited several readers on theory and practice in gender and education, including the Sage Handbook of Gender and Education (2006). 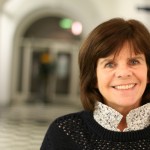 Rosalyn George is Professor of Education and Equality at Goldsmiths University of London. Previously she has taught in both primary and middle schools in London and was a LEA Advisory Teacher for Equal Opportunities, in a London Borough. Rosalyn’s research interests coalesce around issues of social justice and equity in the contexts of schools and Higher education. She is particularly interested in exploring urban girls’ friendship networks and schooling and in particular how the girls manage and negotiate their friendships across ethnic divisions. She focuses on the constitution of the friendship groups with questions of ‘leadership’ and ‘popularity’,’ race’ and ethnicity and ‘bullying’ being explored and their resonance for the ‘exclusionary’ and ‘inclusionary’ practices which characterise many friendship groups examined. She is developing this work in relation to the voices of girls’ mothers and fathers whose stories tell of the emotionally raw moments experienced by their daughters which provides an opportunity to examine through the parent’s narratives, what meaning and sense is conveyed about the prevailing norms and values of the school underpinning their pedagogy and practice.  Further research interests are concerned with the social and cultural reproduction of motherhood and the schooling experience of the children of Asylum seekers and Refugee families, 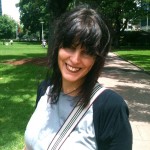 Rosalind Gill is Professor of Social and Cultural Analysis in the Department for Culture, Media and Creative Industries at King’s College London. She works on questions connected to equality and justice in relation to media, new technologies and work. She recently completed a research project on ‘sexting’ with Jessica Ringrose, Sonia Livingstone and Laura Harvey, and is currently co-investigator on a largescale AHRC ‘hub’ called Creativeworks London, in which she’s looking at how work, place and knowledge come together in the lives of creative workers such as fashion designers, artists and people in new media.  Her latest books are New Femininities (with Christina Scharff,  Palgrave,2011) and Theorising Cultural Work (with Mark Banks and Stepahnie Taylor, Routledge, 2013) 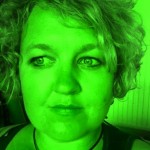 Imogen Tyler is a Senior Lecturer in Sociology at Lancaster University. This project on celebrity and youth is directly related to her work on the ways in which popular culture shapes identities and subjectivities. She has previously published in the meaning and impact of celebrity culture in ‘”Chav Mum, Chav Scum” : class disgust in contemporary Britain’ (2008) and (with Bruce Bennett) ‘Celebrity chav : fame, femininity and social class’ (2010). She has also written extensively about the ways in which media representations shape perceptions and experiences of motherhood, most recently in two book chapters ‘Pramfaced Girls: the class politics of “Maternal TV”‘ (2011) in Reality Television and Class. Wood, H. & Skeggs, B. (eds.). and ‘Pregnant Beauty : maternal femininities under neoliberalism’ (2011) in New femininities : postfeminism, neoliberalism and identity. Gill, R. & Scharff, C. (eds.). Palgrave. Her most recent research is concerned with ‘political aesthetics’ and in particular with processes and practices of mediation (new media, social media, television, journalism) as they impact upon, shape and effect inequalities (of race & ethnicity, class and gender). For example, her book Revolting Subjects: Social Abjection and Resistance in Neoliberal Britain (2013, Zed Books) is concerned with detailing how publics are formed through mediation –and in particular how public consent for governmental policies –such as neoliberal economic policies or border control policies –are procured though forms of mediation. Revolting Subjects focuses on practices of scapegoating — the constitution and circulation of ‘figures of consent’ (such as ‘the welfare scrounger’) by the communication arms of government, the public relations industry, the global corporate networks of the mass media and everyday communication systems (including social media forms). In relation to this work, Imogen also researches counter-political and counter-cultural, artist and activist interventions within and resistance to mainstream media representations. You can read more about Imogen’s latest work on her blog ‘Social Abjection’.

Pete Fraser is Chief Examiner for the OCR Media Studies A level and has over 25 years classroom experience as a teacher of Media and Film. He teaches on the MA in Creative and Media Education at Bournemouth University and is in the final year of a Ph.D at Bournemouth looking at issues around technology in the media classroom. Pete is Chair of the Media Education Association and writes a blog for media students for Media Magazine. He was previously Head of Media at long Road in Cambridge, one of the biggest centres for Media A level in the country, later joining the senior management team as Director of Learning. He speaks regularly at student and teacher events and visits a lot of schools and colleges as part of his freelance work and research. 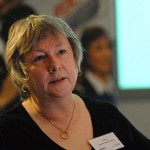 Pat Morton is a Principal Lecturer at Sheffield Hallam University, UK, leading the Women in SET team (WiSET) in the Centre for Science Education. She led the national Science, Technology, Engineering and Maths (STEM) Subject Choice and Careers project (2008-2011) on behalf of the Department for Education, working with stakeholders, teachers and careers advisers across England. The project was part of the STEM Framework aiming to improve the quality and visibility of careers awareness in STEM subjects and careers and her work in this important area of science education continues in partnership with a number of organisations and funding bodies. Pat is also a Fellow of the Royal Institution of Chartered Surveyors and spent twenty years working in the built environment sector before moving into academia. She has worked on a wide range of projects and research addressing gender segregation since 1998 and has been involved as a core partner with the UK Resource Centre for Women in SET (UKRC) from its start in 2004. She has a doctorate in education with a focus on women students studying built environment. Her research interests include the experience of female students in STEM and built environment education, intersectionality and social justice in education, equality and diversity in STEM subjects and career, vocational education, work related learning and work experience, action research and feminist methodologies. She has presented papers at a range of conferences nationally and internationally and produced a number of published reports.

Katy Jones is the BAFTA winning Executive Producer for the Learning Zone  - the BBC’s overnight service for schools. She commissions more than 50 educational programmes a year – broadcast on BBC TWO and available online through the BBC Learning Class Clips website for use by teachers and pupils – to inspire children aged 3 to 18. Recent programmes include ‘Spark’  –  which features men and women who have achieved extraordinary things talking about how they found their passion and overcame challenges to pursue their dreams; and ‘Bringing Books to Life’ –  in which celebrities champion their favourite books and is designed to get children excited about reading. Prior to joining the BBC in March 2011, Katy was responsible for series of landmark factual dramas, including Jimmy McGovern’s ‘Hillsborough’ (for which she won a BAFTA) and the Emmy- nominated ‘Sunday’ (about the events of Bloody Sunday); Tony Marchant’s  Bafta-winning  ‘The Mark of Cain’ about British soldiers in Iraq; and the 9/11 feature film ‘Yasmin’, by Slumdog Millionaire’s Simon Beaufoy. She also ran her own award-winning independent production company, Child’s Eye Media, which produced and published educational documentaries, books and other resources for young children. Katy’s television career started at Granada television, where she worked for 10 years on a range of programmes from factual entertainment to children’s, eventually becoming a senior producer on the investigative series World in Action.