UK retailer John Lewis produces a new Christmas-themed TV advert every year. Retaining a successful formula, they combine a sentimental visual narrative, a (some would say sickly) sweet message about giving, and audio comprising a contemporary British pop star performing a classic love or festive song.  This annual offering is an eagerly awaited event, with the adverts being described as the ‘2 minutes that launch Christmas’. Last year’s production – featuring Lily Allen in the singing role – reached not only millions of homes via a TV set, but also went viral, surpassing 10 million views on YouTube. In this guest blog post, looking beyond John Lewis’s explicit aims, Steve Roberts casts a critical eye on the latest ad, asking what messages this carries about gender, sexuality and relationships.

John Lewis’ 2014 Christmas gift was unwrapped this week – you can see it below:

The narrative is simple, conveying the relationship between a little boy, Sam, and his (imaginary) friend, a penguin called Monty (who transpires to be a penguin soft toy, brought to life in Sam’s imagination). The story is accompanied by a Tom Odell cover of John Lennon’s ‘Real Love’. The build up to the Christmas season – snow, sledging and the like – excite Sam, but Monty seems distracted, maybe even melancholic. Perhaps it’s the time of the year, perhaps it’s Tom Odell’s lyrics, who knows, but whenever Sam and Monty pass a cuddling heterosexual couple, or observe a romantic heterosexual embrace depicted on TV, Monty lets out a sigh.

Sam realises Monty is love sick. Being the sweet and caring boy that he is, Sam wants to remedy Monty’s malaise. Forward to Christmas morning, Sam awakens Monty, leading him to his Christmas gift. The box opens, and wow, it’s another penguin (presumably female); Monty is delighted and waddles over at pace, and, with ‘Real Love’ reaching a crescendo, the penguins look as though they might kiss or hug. The advert closes leaving the viewer with the gaze of Sam’s mum, observing Sam playing with two stuffed toy penguins. This was of course all in Sam’s imagination. 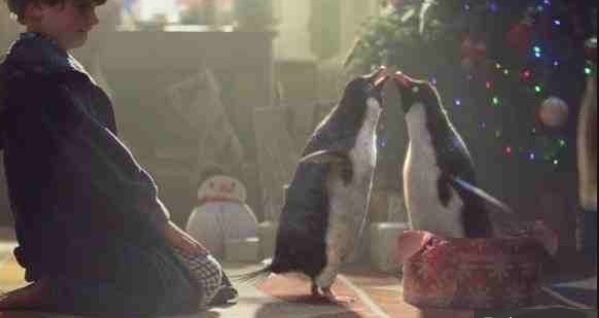 In this sweet anthropomorphic narrative about selfless giving, imbued with the warm glow of Christmas, the tried and tested formula works again; the public and media reaction seems to confirm this. The BBC reported a largely positive response on Twitter (echoing what I’ve seen in the twittersphere), with many apparently finding Monty and Sam’s tale emotionally overwhelming. The BBC also point to a handful of tweets that position the tweeter as being slightly underwhelmed and having a heart of ice, for example, declaring “Cry, or there’s something seriously wrong with you”. The Telegraph describes how the ad has captured the hearts and minds of the nation. Grace Dent in the Independent calls the narrative ‘bloody adorable’.

The ad’s real motivation is, of course, about generating sales from sentiment, and turning  compassion in cash (last year’s ad aided the 6.9% increase on sales between 2012 and 2013). Putting the profit motives aside, the advert can be no bad thing, can it? British viewers with tear-stained cheeks – nothing of concern there, surely? Spreading a message about selfless compassion and giving – what to dislike!?

Well, how about that the advert carries underlying messages that perpetuate negative ideas around male-female relations? Certainly, this is not the message the advert’s producers intend to convey. But we know that gender norms are reproduced in every day practices, interactions and forms of communication, particularly within the cultural realm. I’d argue that the ad sends out a problematic message about gender relations which can have subtle but long lasting effects on the aspirations for and expectations of personal relationships among and between men and young women. 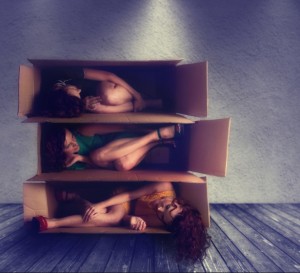 The Daily Mash, the brilliant satirical online newspaper, makes the comical observation that John Lewis appears to advocate penguin sex trafficking. Such mockery can be passed off as a bit of a joke, but there is cause for alarm about much more subtle messages carried within the advert’s seemingly benign narrative.

Specifically, the advert perpetuates ideas about heternormativity and heterosexual male privilege in respect of women. Foremost, by presenting the female penguin as a gift, the advert reproduces the age-old notion that women are merely objects to be exchanged (by and between men). Invoking a more adult imagination, it’s not a huge leap to see how this idea is similar to, say, a man buying the services of a female sex worker for a friend who is running low on his luck in love.

Casting aside debate about the rights and wrongs of the sex industry, my simple point is that in this representation of woman she is conveyed as something for man to consume or ‘have’: she is objectified. And in this sense, women are subtly imagined as lacking agency, being under the control and at the will of men. Of course, it could well be that the female companion in the gift box is already aquatinted with the receiver: she could have come from afar to make him happy at Christmas; she could’ve even expressed her consent and willingness to meet a stranger. She might just not care at all; perhaps penguins don’t. But that’s the thing. It’s not about penguins: it’s about perceptions of love and relationships between men and women, and about men’s ‘rights’ in respect of women, and women’s rights in respect to their relations with others.

You might be thinking, ‘but this is all just being conveyed as if it is in the imagination of an innocent child’.  But here’s the rub: that’s the worst part. We learn about the gendered ‘other’ as well as our own gender identity in our formative years, and these years act as the building blocks for our attachment to social norms. This has been at the nub of debates around boys and girls toys and other childhood socialisation practices for years. Here, in this advert, we see a representation of this very idea of learned gender: through the eyes of the producers and directors, Sam (the character and maybe even the actor who plays him) already has a specific idea about the relationships between men and women. 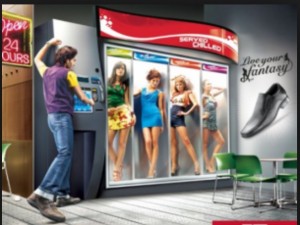 Before I put my fingers to the keyboard to write this blog post, my views – initially aired on social media with friends and peers – were met with accusations of unhealthy cynicism, of being unromantic, and, the old favourite, of ‘thinking too much’. But thinking sociologically about Sam’s actions allows us to make the links between seeing women being subtly represented as objects  within the cultural realm and ongoing and not-at-all-subtle misogynistic behaviour that women all over the world have to experience on a regular basis.

In recent weeks, a series of videos depicting women’s experience of walking around a major city have gone viral on the internet. These videos offer cross-sectional snapshots of the kinds of cat calling women are subjected to during a 10 hour walk of the streets of these cities while dressed casually (the most viewed examples of these videos are those from Rome and New York). Despite some criticisms of the videos for reasons such as methodology and unrepresentativeness of results, their revelations of the everyday sexual harassment and invasion of personal space that women experience, remains illustrative of the perceived rights that some men hold in respect of objectifying women.

Further examples are found in the Instagram account recently created by Alexandra Tweten, which she called Bye Felipe. The account posts screenshots of insulting, ridiculous and sometimes outright threatening messages that women receive in online dating encounters. A few of these shots demonstrate how men try to instigate conversation with overly sexualised questions or comments, but for the most part they demonstrate men’s intensely negative reactions to not receiving replies from the women or to when the women have intimated a lack of interest.  Some of the horrific examples can be found here.

We might also consider the instances of harassment and unwelcome sexualised attention and cat calls documented by ordinary women and posted to the website Hollaback London. After observing the collected evidence, their Co-Director, Bryony Beynon, recently noted that ‘being catcalled, groped and masturbated at is a common part of the female experience’. Each of these concerns is echoed by Alison Phipps, who highlights a pervasive and problematic rise of lad culture at UK universities.

In all these examples, there is no suggestion that all men behave similarly appallingly. But, in showing that many women are frequently subjected to such behaviour, they remind us that we must take seriously the antecedents of some men’s perceived entitlement to treat women in this way.

So, back to my original point… While the latest John Lewis Christmas advert does not in any way articulate an explicit endorsement of male privilege, it reproduces and reinforces ideas that underpin unequal gender power relations.  After wiping back those tears, I implore people to start thinking ‘too much’ about these seemingly benign and harmless cultural texts. Subjecting this advert (and other forms of popular culture) to critical scrutiny is crucial if we are ever to ‘undo gender’ and recalibrate power relations. If not, we can always sit back and enjoy it for what it is. It’s a woman (or female penguin) in a box. Being given to a man (or male penguin) for Christmas. Let’s sit back and pretend, as Tom Odell sings, it’s ‘Real Love’.

Steve Roberts is Senior Lecturer in Social Policy and Sociology at the University of Kent. He co-convenes the British Sociological Association Youth Study Group, and is Vice Chair of the European Sociological Association Youth and Generation Research Network. His research focuses on how class and gender shape and constrain young people’s transitions to and aspirations for adulthood.