In another post, I’ve described how we’re analysing the group interview data by using broad codes such as social class and origin stories and then looking for patterns within these. This is producing loads of fascinating lines of analysis. In this post I look at just one of these that’s come out of my work on the code for gender. Alongside looking at performances of masculinities and femininities in celebrity talk and tracking cross-gender identification,  this code contains data on how women and girls are constructed by young people in their engagements with celebrity culture. Depressingly, the dominant associations are with disgust –  at feminine bodies and feminine tastes. We have written about this disgust in our discussion of Tampon Girl and the Kardashians,  here I focus on a more positive pattern of talk around ‘independent’ women.
Our data contain a discourse of ‘strong’ and/or ‘independent’ women. The most forceful instances of this came from a male student in Manchester who chose the pseudonym Roman. He admired female celebrities who had overcome sexism: 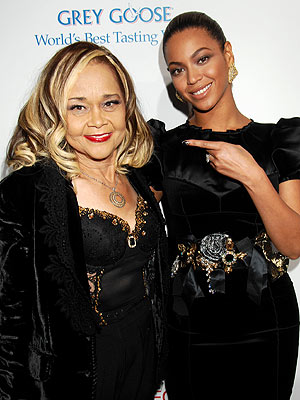 [In the film] Cadillac Records, Beyoncé starred as Etta James and she just showed her life and how it was for her, as a young woman trying to get into the music business, and trying, and how men would just like think ‘oh yeah women, all these women can’t do what we can do and all’. And it’s just like, that really like showed me that no matter what comes in your way, you can always get passed that, and you always have to stay strong and you like, and that is why Etta James … even though she’s gone, her, all the work she’s done for like all the, how she’s influenced everyone will still be here, and everyone will remember her for all the things that she has done. For everyone.

If you heard [Aretha Franklin’s] song Respect, it’s a really influential song and it’s influenced lots of people, because at the time she was singing she wants respect, she wants, because at the time women didn’t get as much respect as they do get now and I think they should have got respect because I feel that men and women are equal as to each other. And I, she was a really strong woman and stood for what she believed in, and she was determined to like get across what she believed in.

Etta James and Aretha Franklin struggled against past inequalities so Roman’s focus on them could be seen to locate gender inequalities in a past that we have outgrown positioning feminist struggles as ‘won’.

However, other participants mentioned current celebrities, most examples are Black, and all are from the music business: 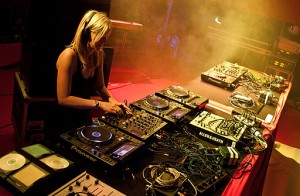 Orlando: I think [DJ Mary Anne Hobbs is] amazing … She’s just so involved in the music and so passionate about it … It’s also because she’s kind of a woman. And like XFM I listen to it, as well as like NME and stuff, but it’s like, it’s quite a male base. … but I like her because she’s a woman and she’s not phased by the men who are in like this kind of industry. But she can just go in there and say ‘No. I know what I want, I can go out and find these bands, and enjoy it, and DJ just as much as you can’, so yeah. (female, Manchester)

Ann: I have so much respect for that woman [Lady Gaga] because she just does not give a damn what people say, and that’s what grates on people’s nerves quite a lot, because they want her to give a damn. … They want to insult her, but she just, she’s just like ‘Aw thanks honey, so nice for you to say that’, but it just doesn’t bother her at all. … She’s a strong independent woman. (female, South West)

Tom: Like she’s quite, is she a feminist? Yeah, because her, all of her, when she goes on tour, all of her da-, well, not dancers, all of her band are women. …

Joe: She’s also a working mum as well. She balances like being a mum as well as like, like when she was pregnant, she released an album as well, so.

Paris: Yeah. And she waited a while to get pregnant. Like they obviously planned for when her, when she wanted to get pregnant,  so she could still have a career. (mixed gender, South West)

Sabeen: [Nicki Minaj is] an independent female. She’s put that across through her music. … strong. Like you don’t need a man to pay for you.  (female, Manchester) 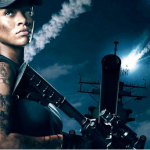 Women who rejected femininity were also valued by some young people. Bob saw Rihanna as ‘quite good, coz she’s played a man, I think it was a man, I think she has played a man in the Battleship film … it was a woman … but she was quite man/woman’. And Ginny praises Miley Cyrus and Jessie J for ‘cutting off their hair for charity’ and Ginnifer Goodwin ‘because she 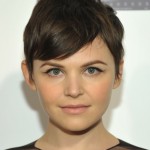 actually like decided she wanted a change, and for a role she actually cut off all of her hair, and she’s got like the boy cut and she- even though she got loads of like critical comments about it, she goes: ‘It’s my life, I wanna dress like this’, and if you are comfortable in your own skin, then you can be like a role model to others. And I like the fact that she doesn’t want to change for anyone else, but she’s her for her’.

The next question for us is what to make of this discourse – it feels infused with feminist sensibilites to me, even though it could be read as postfeminist because of its reliance on individual heroines. There’s certainly a problematic idea of meritocracy running through this talk that we can see in the view that hard work and passion can overcome disadvantage (‘no matter what comes in your way, you can always get passed that’) and in the role of planned pregnancy in this construction of Beyoncé’s  independent femininity. But in the context of a lack of public discussion of structural inequality, in which even Susan Sarandon describes feminism as an old-fashioned term, I found this talk – with its valuing of women and, in one case, of feminism – hopeful.