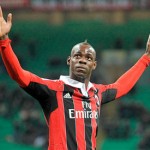 In a recent interview, a young Londoner expressed several contrasting aspirations. He felt he would most enjoy being a professional footballer, but failing this, would consider working in an area like law. If we had got this data from a quick quantitative survey, we might be tempted to dismiss his footballing goal (pun intended) as an unrealistic fantasy.  Indeed, dreams of becoming a footballer have become a shorthand for the ‘wrong’ kind of aspirations within government policy rhetoric – see, for example, David Cameron’s comments earlier in the year that ‘too many British children want to be popstars or footballers’. However, in the course of my in-depth interview with him, I found out that he currently plays football as part of a prominent club’s youth team and has the prospect of a trial for a football academy. In contrast, his borderline academic results and preference for an apprenticeship over future study, mean that post-16 routes towards law seem unlikely to be open to him.

So how do we decide what counts as fantastic and what as realistic? And who has the power to make these distinctions?

On the first night of the conference, Robbie Duschinsky eloquently summarised my rambling attempt to express my feelings about BERA Conference, by saying that when there’s a large infrastructure in place (as there is with BERA), sometimes interesting things can happen in the interstices. Thinking about fantasy was one of these things that happened in the interstices. Another was when over dinner and three bottles of wine, on the last night of the conference, Laura, Kim and I had talked about some of our own fantasies – aided and abetted for some of the time by James Duggan. These ranged across the political and the personal – overthrowing capitalism, reversing the privitisation of the National Health Service and moving to Brighton to work together in a new Theory Mash-Up Lab. We even discussed with which of our case-study celebrities we would want to collaborate on developing the impact of the research (Beyoncé, of course).

Without pondering the meanings of these collective fantasies, what’s clear is that while fantasy is often attached to youth and viewed as something we ought to grow out of, it’s a part of all our lives. More than this, rather than being something futile or worse, something that distracts us from real life, fantasy serves many important purposes. It fuels friendships, activism and academic work. To me this suggests the impossibility of separating the realistic from the fantastic (perhaps Ray Pahl’s enactment of such distinctions could be seen as his playing out a fantasy of his own).

What values are attached to the binary oppositions between reality and fantasy? How do these oppositions fit into wider binary logics?

A few years ago, I discussed these questions in relation to mathematics. Then I wanted to disrupt the way that mathematics is aligned with reality, the ultimate opposite of fantasy, and consequently set up as something beyond the social, to be discovered through human creativity but not produced through it. Mathematics appears, in this story, as a realm of pure knowledge outside of the circulation of power and desire. By insisting instead that nothing is outside of fantasy we can begin to understand both young people’s aspirations and mathematics otherwise, and can develop a politics of the possible.

Fantasy is part of the articulation of the possible; it moves us beyond what is merely actual and present into a realm of possibility, the not yet actualized or the not yet actualizable. … Fantasy is not the opposite of reality; it is what reality forecloses, and, as a result, it defines the limits of reality, constituting it as its constitutive outside. The critical promise of fantasy, when and where it exists, is to challenge the contingent limits of what will and will not be called reality. Fantasy is what allows us to imagine ourselves and others otherwise; it establishes the possible in excess of the real; it points elsewhere, and when it is embodied, it brings the elsewhere home. (Judith Butler, Undoing Gender, 2004, pp.28-29)