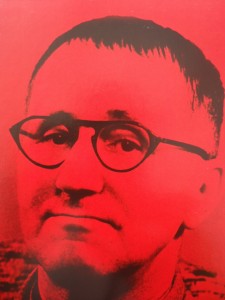 The power of empathy

The documentary Life Itself about Roger Ebert, the US film critic, opens with these words of his:

We all are born with a certain package. We are who we are: where we were born, who we were born as, how we were raised. We’re kind of stuck inside that person, and the purpose of civilisation and growth is to be able to reach out and empathise a little bit with other people. And for me, the movies are like a machine that generates empathy. It lets you understand a little bit more about different hopes, aspirations, dreams and fears. It helps us to identify with the people who are sharing this journey with us.

I think this idea of escaping our own subjectivity through cinema is beautiful and one to which I can relate. But here I’d like to question two of its assumptions.

First, Ebert implicitly suggests that empathy is a progressive force. Instead of being ‘stuck inside’ our-selves, we can ‘reach out’ to others. Yet, many people have immense empathy for friends, whether they are being penalised by the benefits regime or seeking asylum in the UK, without this leading them to seek wider social change.

Second, Ebert equates movies with empathy generation. This ignores the many films that do not seek to generate empathy. Some films deliberately frustrate narrative,by  moving slowly, lacking direction and avoiding closure. Others set up characters in relation to whom many viewers will feel distance or estrangement. I often come out of films frustrated that I could not identify with any of the characters. Being brought up on Hollywood product, I’ve come to expect and desire empathy with those on the big screen. But it is often the movies – and novels – which alienate me, that are the most provocative in the longer term.

The power of alienation

The early to mid twentieth century writer Bertolt Brecht developed an epic theatre designed to generate alienation. He contrasted this with the dominant form of theatre at the time which he called dramatic theatre, that set out to generate empathy. He argued that when audiences identify with the characters and are absorbed into the action, they leave the theatre complacent.

For Brecht, the construction of common humanity through writing or performance denies structural differences. Empathy disappears the historical and cultural specificity of experience flattening out social distinctions, particularly class distinctions. Epic theatre seeks to divide its audience. It is alienation not empathy that can expose social class and other inequalities and provoke political engagement.

Brecht developed a new aesthetic based on this alienation effect, which included different forms of acting and staging. He also used montage, a way of fracturing the development of character and narrative, to keep the audience alert to the constructedness of what they are seeing. Many contemporary novelists whose books foreground social class, including Irvine Welsh and David Peace, employ parallel techniques in their fictions.

Should we, as critical social researchers, seek to create an alienation effect through our presentations, books and journal articles? If so, what techniques could we use to do this?