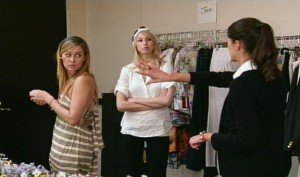 As we develop these we thought we’d share two of these vignettes in two blog posts. In this post, Kim shares the story of Mariam from Manchester. In another post,  Heather shares one of her interviews, with someone from a rural school who chose the pseudonym Will Smith.

We’d love to hear what people think of these – Are they interesting? Do they give a useful insight into the participants and their aspirations? Do you think these will be useful resources and to who? What questions do these raise for you? In what ways do you think these stories might get used?

Mariam is 17 and attends an inner-city academy school in a multi-ethnic area of Manchester which has considerable levels of deprivation. Mariam is originally from the Horn of Africa but moved around Europe as a refugee for most of her life. Aged two she moved to Holland with her mother and sister where she grew up; the family then moved to Manchester a year ago and lives very close to the school. Her parents are divorced and Mariam is estranged from her father and his family. Mariam likes the area where she lives, which she describes as ‘multicultural’. She spends most of her time with her mother and siblings. She described herself in social class terms as ‘in the middle’ but is objectively defined as ‘working class’: her mother is currently studying English at college and seeking part-time work. Mariam has modest aspirations for her future: she talked of wanting a ‘stable life,’ to do well at school so she can go to university and get a good job, and to make her family happy: ‘I just want a good life – not a million pounds.’

Mariam’s experiences of education are deeply entangled with her experiences of migration, characterised by fracture, disruption and frustration in realising her aspirations. Mariam’s family moved to the UK in part because of bad experiences of education in Holland, where her mobility as a refugee has interrupted her studies, restricting the opportunities available to her. Applications to study hospitality and events management, as well as teaching, in Holland were declined because of her grades and perceptions by admissions tutors that she was too shy. Because of these limited options, Mariam and her family decided to move to the UK where they felt the education system was better and offered more opportunities. Despite feeling relieved that she was now studying courses that would open up opportunities for her, Mariam lacked confidence in her abilities.

Questions:  Do you know young people who have non-linear, disrupted pathways through education? Research suggests these are more common for disadvantaged learners like Mariam, does this fit your experiences? How does it impact on opportunities to realise their aspirations?

Mariam was what we might call a highly critical and distanced consumer of celebrity. She dismissed celebrities that she viewed as ‘famous for nothing,’ emphasising the importance of celebrities she thought represented success based on hard work and talent. Of the 12 case study celebrities, she chose Beyoncé, Tom Daley, Will Smith and Bill Gates as those she’d most like to befriend because they ‘started from nothing’ and had achieved the most. While Mariam defined herself as someone who wasn’t very interested in celebrity, she spoke about these celebrities as role models who can inspire and motivate her and others to achieve their dreams: ‘I would look up to them because they are important people and have achieved a lot. I would think that if they can do it, I can do it as well.’ In her talk about celebrities and her own future, Mariam, like many participants, drew upon meritocratic ideas about individual success: ‘What might stop people achieving their dreams? If you work hard and try hard, you will be secure a future, your goal, you will achieve it. [For me] I guess, I need to change myself and be more determined to get what I want.’

Questions:  Mariam’s understanding of success emphasises the power of hard work, effort and motivation. What things are missing from this explanation for success? What might the repercussions be for Mariam and other young people who hold this view?

Mariam admired her single mother and maternal grandmother as strong, independent women and role models: ‘My mother showed me how to be a good mother without having a job and an education, and my grandmother showed me to be a good woman and mother with a job because she worked for [her children]. So they both did it on their own.’ Mariam’s view of her mother and grandmother as inspirational, was entwined with her estrangement from her father and her desire to inspire others. She talked about wanting to prove to her father that she can do well without him, as well as provide inspiration for others: ‘I want to prove to my father’s family that “I grew up well without your help.” And I want my children to know a woman can do it, and you don’t need help.’ This investment in strong independent women was echoed in her identification with celebrities, notably Beyoncé, who she saw as ‘cool’ and inspirational: ‘she shows what women can like do a lot without a male … she fired her father as a manager, and then she decided to manage herself. … She uses only females on stage. So I find her a very good person to look up to.’

Questions:  Mariam’s investment in positive female ‘role models’ in both her personal life and through popular culture shows the difficulty of disentangling a ‘celebrity’ influence from other influences such as family, community or peer group. In this way, celebrity becomes one of a collection of resources that feeds particular ideas about success. What are the different sources of inspiration that feature in the accounts of young people with whom you work?

Popular culture as a careers resource

Despite a lack of confidence in her academic abilities, Mariam spoke passionately about her aspirations for a career in fashion promotion, and had clear plans to achieve this, explaining her intention to apply to a local college to take a vocational course on fashion or marketing, and eventually apply to a local university to study international fashion promotion. Despite being a critical disengaged consumer of celebrity, when asked what sparked her interest in fashion promotion, Mariam spoke at length about watching MTV’s The Hills – a ‘reality’ TV show set in Los Angeles about young women working as fashion interns for high profile fashion magazine Teen Vogue. Mariam explained how much she enjoyed watching the show and how it inspired and excited her about a fashion career: ‘On MTV I used to watch The Hills and I really loved their job, working for a fashion magazine … I used to watch it every day [and think] “I wish I could do that.” It always stayed in my mind.’ After watching the show, Mariam explained that she started researching fashion careers online with her sister and exploring courses she could take to achieve this career.

Questions:  What stands out for you in Mariam’s career-related memory? For us, it provokes questions about how we might take seriously the role of popular culture as a catalyst that triggers ideas about future careers rather than dismissing it as merely ‘trashy’ reality TV. Have you encountered the young people you work with drawing on television shows or other cultural texts as sources of inspiration or resources for careers knowledge? How might these texts be used more concretely within careers work with young people?