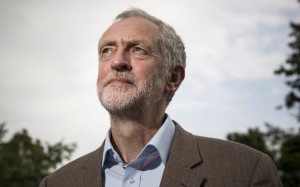 An important strand of UK government education policy over the last two decades has focused on ‘raising aspirations’ as a way of increasing social mobility and overcoming disadvantage. Within this, some aspirations are classified as high and others as low. High aspirations are generally equated with middle-class pathways into higher education followed by professional occupations. This is evident in 2014 statements from a government advisor that ‘working class children must learn to be middle class’ and ‘that children from poor homes need help to change the way they eat, dress and conduct personal relationships to get ahead in life’. Similar attitudes have pervaded Labour Party education policy. But last September, Jeremy  Corbyn was elected Labour leader gaining the votes of an unprecedented quarter of a million people. His policies and ideas mark a significant shift for the Party. In this post, I argue that we can we take inspiration from  the Corbyn political revolution to reclaim the word ‘aspiration’.

The problem with aspiration

This CelebYouth website is dedicated to a research study of young people’s aspirations and their relationship to celebrity. Despite it being at the centre of our study, we are highly critical of the whole idea of aspiration. This is because in policy rhetoric – where it has growing prominence – it is used to judge people and to mask inequalities. It may seem like an innocent word used simply to describe people’s hopes for the future but words are never innocent. Only some hopes figure as legitimate and valued aspirations as we saw when Harriet Harman dismissed young women’s desires to go into glamour modelling as non aspirations. Likewise, more other-oriented aspirations to contribute to one’s community or local environment or to support one’s family rarely feature in government policy which focuses solely on young people’s employment aspirations. Indeed, as many have argued, talk of aspiration often is little more than a way of policing how young people think about their futures.

As Imogen Tyler and Bruce Bennett have argued: ‘Aspiration is a rhetorical device that seeks to whitewash a neoliberal economic and political project and the staggering inequalities it produces’. They suggest abandoning any talk of aspiration. In the next section I suggest a different approach.

Judith Butler in her book Excitable Speech considers how to approach hate speech, and suggests that resignifying words like ‘queer’ is a more effective strategy than attempting to censor them, despite their troubling histories. Using strategies of resignification takes advantage of the fluidity of language and meaning. Perhaps, following Butler, we can ask of aspiration: ‘Is there a repetition that might disjoin the speech act from its supporting conventions such that its repetition confounds rather than consolidates its injurious efficacy?’ Or in other words, can we find a way of using aspiration that confounds rather than compounds injustice? And this is where Corbyn comes in…

Following criticisms that the Labour Party lost the 2015 UK General Election because the Party was seen as ‘anti-aspiration’, the Labour Leadership race started out with the three establishment candidates scrambling to position themselves as the one who could transform Labour into a party of aspiration. The early frontrunner Andy Burnham was the most vociferous, continually restating as an imperative that ‘Labour must become the party of aspiration’. There was less talk of aspiration as the popularity of Jeremy Corbyn and his platform of economic and social justice grew, and the terms of the debate shifted.

But, in Jeremy’s speech to supporters after winning a landslide victory (in the video above), he subtly invokes aspiration, as he has in several of his speeches during his campaign and since. He does this as he talks of struggles past, reminding us that our liberties, health service and council housing were not ‘handed down by the rich and powerful and royalty and others, [they] came from the demands, aspirations and courage of ordinary people’. These are collective not individual aspirations, held and achieved in together with others. They are not aspirations gained at the expense of and in competition against others, but ones gained for the benefit of all and through solidarity with others.

Perhaps better than trying to critique or avoid aspiration, we can take our lead from Jeremy and reclaim or resignify aspiration so that the word moves to new meanings with new possibilities.