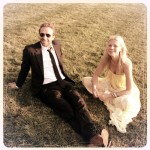 On 25th March, actress Gwyneth Paltrow announced on her website goop.com that she and musician husband Chris Martin were separating after 10 years of marriage. The couple have long had their detractors and many were quite happy to hear of the couple’s demise. However, there appears to be a sense of empathy towards Paltrow that is not often present in stories of celebrity break-ups. In this guest post, Tamara Heaney explores whether social class plays a part in how the story was reported.

There has been a great deal of vitriol directed at Paltrow in the past with much of it related to her blog goop.com where, according to Erin Gloria Ryan, she offers “completely impractical lifestyle advice to help others”. The blog not only features items that are priced way out of reach of most of her readers, it also functions to create a Paltrow persona that is a ‘class above’. While some might find this aspirational and a peek into the lifestyle of the rich and famous, I find the lifestyle reflected on the website so far removed from my reality as to be irrelevant to me.

In announcing the separation, Paltrow used the term ‘conscious uncoupling’ to describe the process where she and Martin work to disentangle their lives. Some have called it “deluded tosh” and “utterly obnoxious”, while for others the Gwynethfraude seems to stem from a sense that this woman who promoted the attainment of perfection and ‘having it all’ could not practice what she preached. Daniel D’Addario writing for salon.com states that framing the separation in such a way is perfectly in keeping with her star persona. Here is a star, he writes; “so devoted to her persona as the font of human wisdom that she can turn her divorce into an opportunity to enlighten us all”.

Paltrow has been applauded by some for attempting to work through this painful process in a way that is mature and less acrimonious than most. What I find most interesting is the level of empathy towards Paltrow regarding the difficulties of family breakdown and raising children as a single mum. Even the abovementioned article by D’Addario includes statements such as “it’s reasonable and humane to feel badly for Paltrow, Martin and their two young children” and “the divorce itself isn’t worth mocking”. The overwhelming sentiment appears to be that despite the flowery language and New Age approach (or I argue because of it) Paltrow and her children deserve our empathy. As Mary Elizabeth Williams argues “ [u]nless you’ve been there, unless you’ve gone through that particular searing experience you have no idea … it takes everything you’ve got, whether you’re an Oscar-winning actor … or a single parent”. Through the breakdown of her marriage, Paltrow has finally become relatable; through ‘failing’, she has become ‘just like us’.

The key to the outpouring of empathy toward Paltrow and Martin appears to be largely due to the way the separation was announced. Appearing on Paltrow’s website, rather than through a publicist or celebrity gossip outlet, gave it a personal touch; there was no question of the authenticity of the statement. Anne Helen Peterson, writing about markers of class and celebrity, asks “what type of … behaviour … and speech suggest class most strongly”? Paltrow’s announcement uses emotive language – “it is with hearts full of sadness” – and strives to convey to the reader that the decision to separate was not taken lightly. Paltrow states that “after working hard for well over a year … to see what might have been possible between us … we have come to the conclusion that while we love each other very much we will remain separate”. She adds “we are parents first and foremost, to two incredibly wonderful children and we ask for their and our space and privacy to be respected at this difficult time”. 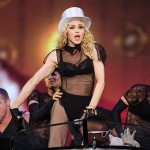 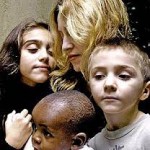 By stating that she and Martin have worked hard to save the marriage, invoking her status as a parent, and asking for privacy for her children, Paltrow positions herself as a class above most other celebrities whose marriages have broken down. For example, when Madonna and Guy Ritchie divorced in 2008, reports detailed allegations of verbal abuse, controlling behaviour and shouting matches. A statement by Madonna’s spokesperson said that the couple would appreciate respect for the family at “this difficult time”. Little mention is made of the couple’s children and the reports detail a very acrimonious divorce focused largely on bruised egos. These reports suggest that while Madonna and Ritchie may be rich, they lack class and are willing to air their dirty laundry and grievances in public. There was no empathy extended to Madonna in the press for enduring the pain of divorce or the trials of becoming a single mother again.

How is it that Paltrow has managed to elicit such an empathetic response to the demise of her marriage when many other celebrity divorces are treated with scorn or ambivalence? Anne Helen Peterson states that class can be signified by visual cues that can be divided into two categories: “the physical body and the things that surround that body (clothes, jewellery … food items, etc)”. Paltrow already carried many of these class signifiers not only through her website, but her cookbooks and her appearance. Through announcing her “conscious uncoupling”, Paltrow further signifies class by distancing herself from others struggling through difficult marriages, while somehow becoming more ‘authentic’ and relatable to the general public through this process at the same time.

Tamara Heaney is a PhD candidate at Deakin University Melbourne, Australia. Her research investigates celebrity and female ageing, with a particular focus of women in their forties. She blogs at thiswomanwonders.wordpress.com or you can follow her on Twitter @Heaney29