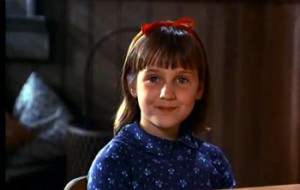 While our obsession with celebrities often receives criticism for its vapidity or vanity, it seems that very few feel the need to call attention to its more damaging and pervasive issues. This is not to say that there are no criticisms of the larger issues found within and spread by Hollywood. Rather, it seems far easier to criticise pre-teen girls for their obsessive crushes on the boy band of the moment than it is to take a critical look at the predatory nature of the studios behind those boy bands, pop princesses and other young stars.

A current craze in dire need of further critical discussion is the fascination with “child stars gone wild”. In this post, journalist and guest blogger Scott Huntington asks: Why do we desire to track these train wrecks? How does this fascination shed a light on issues in Hollywood culture and/or our culture at large? Are these issues gender neutral, or do they dovetail with the ongoing struggle with sexism within our culture?

Schadenfreude is the enjoyment we derive from witnessing the troubles of other people. It is also one of the driving forces behind our consumption of picture slideshows and flashy magazine articles dedicated to recapping the latest drunken outbursts, wardrobe malfunctions, arrests and temper tantrums of child stars.

Watching a teenaged star (who likely brings in more money in a year than most of us see in a lifetime) fall from grace gives us a bizarre sense of superiority. Sure, we may be stuck in a low paying job, but at least we aren’t facing another forced stint in rehab. Or maybe we just lost that low paying job, but hey, that’s nothing compared to the latest bankrupt former billion dollar child star. At least we didn’t mess up our lives as badly as they did.

Caught in the strange allure of schadenfreude, we fail to view child stars as children. We bypass any empathy and ignore the problematic culture that has molded, used, and likely abandoned the young adult whose tragic fall we’re eagerly tracking. We do not see them as struggling individuals in need of rehabilitation for alcoholism or drug addiction, or therapy for mental and emotional issues. They’re just immature, entitled characters in a sensational drama designed to make us feel better about our own struggles, not lost children with problems of their own.

When watching a Justin Bieber or an Amanda Bynes publically self-destruct, it’s imperative that we remember that their outbursts didn’t happen in a vacuum. Most of the destructive tendencies trace their roots back to the bizarre and toxic environments in which these young stars spent the bulk of their formative years.

Former child star Mara Wilson (of Mrs. Doubtfire and Matilda fame, pictured above) wrote an article for Cracked providing an insider’s perspective on why so many child stars end up “going crazy.” In short, they’re given everything the could possibly want (and more) at an extremely young age, parental influence is either cut off or is itself a toxic influence and they are left adrift in an industry that uses and sexualizes their image yet gives no thought or care to their development, safety or future.

It is rather unsurprising that the issue of sex and sexuality serves to highlight the cruel and damaging sexism present in the molding of child stars in general, and the treatment of fallen stars in particular. 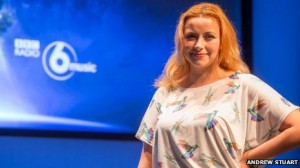 Charlotte Church spoke out on the sexism she experienced as a rising star in her 2013 BBC Peel lecture. While she touched on several facets of sexism within the industry, her analysis of how the industry twisted Madonna’s groundbreaking image of sexual freedom into a method for controlling young starlets was the most (pardon the pun) revealing. As Church stated, Madonna’s display of sexual autonomy and self control was twisted into a message of “take your clothes off, show you’re an adult.”

While male and female stars alike are thrust into a lifestyle and culture for which they are emotionally and developmentally unprepared, it is female stars that are simultaneously transformed into sex pots and then slut shamed for it. It becomes a disturbing cycle.

Young starlets are hyper-sexualized while still children, marketing their images as a strangely uncontested form of pedophilia. Then once those starlets reach adulthood, they are told that they won’t be free of their child star image unless they market themselves in even more sexually explicit ways. Finally they are derided as “fallen stars” or “sluts” while their adult sexual image retains a disturbing connection to their status as former child star.

Together, the exploitation and sexist treatment of child stars (during both their successes and their failures) seem like insurmountable cultural issues. Who is responsible for initiating change? The executives and studios? The parents? The stars? Or do we as consumers have a duty to instigate change?

While it may sound trite, we can only begin by effecting change in ourselves. Child stars are exploited sexually because sex sells. Maybe it’s time we stopped buying what they’re selling.