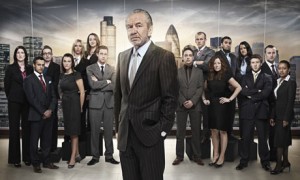 As we and many others have argued, Reality TV shows can be pernicious and problematic in the kinds of messages they carry about aspiration, ‘success’ and ‘failure’. Many of these shows are replete with Pygmalion tales of individual triumph over tragedy, fantasies of ‘social mobility’ where success can be achieved regardless of social background, and a powerful lexicon of what Jim McGuigan calls ‘Cool Capitalism’ – self-enterprise, competitive individualism, will-power and self-reinvention  (see for example The Apprentice candidates sell themselves to Lord Sugar).  As such, these programmes (and celebrity culture and reality TV more broadly) can be seen to operate as what Cultural Studies theorist Stuart Hall recently called a ‘soft form’ of neoliberal power: providing utopias of self-sufficiency which promote individualised, privatised solutions to social problems and mask the role of structural inequalities in shaping ‘who makes it’.

However, we’re not really sure this was what Brian Cox was getting at when he made these comments. Rather, we see Brian recalling a familiar discourse about young people’s aspirations and celebrity culture which sets up hierarches between good TV (‘educational’ programmes about science, history and ‘culture’) and bad TV (‘trashy’ pop culture) and between the kinds of ‘aspirations’ these different cultural texts apparently generate in young people. Elsewhere we’ve criticised this kind of reductive claim that Reality TV, Talent Shows and ‘Celebrity Culture’ more generally are creating what Iain Duncan Smith called a get-rich-quick X Factor generation who simply want money and fame without hard work. That’s definitely not what’s showing up in our data. We don’t want to repeat those points so here we focus instead on two other problems we have with Cox’s remarks. 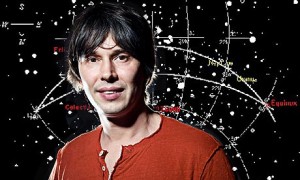 Of particular interest is what he says about the BBC’s ‘duty’ as a public service broadcaster  – one which seeks to ‘educate and inform’ as well as ‘entertain’. He stated:

The director general of the BBC has a tremendous opportunity to shape TV. If I had that job, I’d tell them: this is not just about entertainment. I’d get a flag with ‘education’ written on it and plant it in the sand. Television is the most powerful way of getting ideas across. Often, it doesn’t take its responsibilities seriously.

While, elsewhere, Cox has praised the BBC’ science coverage, in his criticism of the talent shows including on the BBC (and the aspirations he suggests they generate), he is repeating longstanding anxieties about the BBC ‘dumbing down’ its content. However, these comments, as we said above, do much more: they reproduce class distinctions between ‘high’ and ‘low’ culture, where ‘popular’ TV shows and those who consume them (and who study it?!) have long been subject to judgements of triviality, stupidity and vulgarity (more on this in our next post on Michael Gove’s ‘canon’). Without straying into a lesson in Pierre Bourdieu, it is through aligning ourselves with some forms of culture and distancing ourselves from others (in this case Reality TV and celebrity) that we seek to position ourselves and others within broader social hierarchies.

However, we’re also intrigued by the omission of Cox’s own celebrity status within his statement and the distinction-work this does. While Cox is clearly positioned as an educator, he cannot claim to stand outside of celebrity culture. Indeed he features on (and is available for hire from) the website ‘Celebrity Speakers’ with the tagline ‘rock star physicist’, and it is undeniable that his status as a ‘celebrity academic’  – a floppy haired, good-looking, young, ex-pop musician – enhances his appeal with viewers, with the BBC executives who commission his shows, and with his employers and students at Manchester University. Far from being distinct from the world of science, politics and academia, the aesthetics, power and cultural politics of celebrity are ubiquitous, entering all areas of our lives, and the belief that it is only ‘misled youth’ who are invested in celebrity and stardom is deeply flawed.

Finally, we turn to the idea that, as opposed to chasing money and fame through Reality TV, Cox wants his children (and presumably others) to go to university and ‘work hard’ for what they get. Heather and Laura have just this week revisited two of our participating schools in rural areas of South West of England to conduct individual interviews with some of the students involved in the group interviews. What they both found were not ‘low aspirations’ but overwhelming concerns among these young people about the lack of jobs available to them and a sense that ‘working hard’ at university may not be enough to deliver the kinds of futures they want. Many were painfully aware that the crisis facing young people in the UK and beyond and daunted by the growing youth un/underemployment, particularly in the small towns and villages where they live.

This bleak landscape – documented this week in a report by the International Labour Office (ILO) – is unravelling the link between education, jobs and rewards sold to young people by successive UK governments who have told – and continue to tell them – to simply ‘aspire’. While this link has always rested on a fantasy of meritocracy, it is being further undermined by the current climate. These are a generation who have been sold a dream but are facing a nightmare, and we don’t think talent shows are the problem.