Recently we’ve been thinking a lot about writing. We’ve just began working on our very first paper from the project (it’s looking at the role of ‘hard work’ in young people’s talk about celebrity).  But writing goes beyond formal academic publications: this is the first research study where we’ve been writing in public via this blog almost from day one, whether collecting together our first impressions from the group interviews, describing our methodology in action, or beginning to look at patterns in our data. We’ve also had a chance to reflect on how this ‘faster’ form of academic communication is changing our scholarship. This all got us round to sharing our favourite quotations about writing and in this blog we share these words from bell hooks, Audre Lorde, Stuart Hall and Ole Skovesmose. 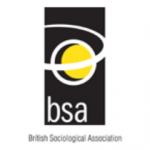 On the 16th July, Kim, Heather and Laura spoke at the inaugural event of a new British Sociological Association study group – Digital Sociology. The event – titled ‘What is Digital Sociology?’ – was organised by the group’s co-convenors, Mark Carrigan and Emma Head. As Mark and Emma set out in their ambitions and rationale for this new study group, the form, practice and distinctive features of ‘digital sociology’ remain vague and undefined. This study group – and the first event – are attempts to address this, bringing together ‘a diverse range  of speakers who, in a variety of ways, work within the nascent field of digital sociology’ into ‘an open and  informal exploration of a broad range of exciting work being undertaken by sociologists  in the UK which could, in the broadest sense of the term, be characterised as ‘digital’’. In this post we reflect on how we came to be there. In three other posts, we share versions of the presentations that we gave. Kim discusses some of the challenges we have encountered in using digital methods in the project. Laura talks  about our collective approach to ‘digital engagement’ and some of the tensions involved. Heather problematises the alignment between online impact and neoliberal academia.

In this first of three blog posts covering the team’s report of their contribution to the BSA first ever Digital Sociology event, Kim discusses some of the ways in which the project has engaged with the digital within the data collection, and the challenges inherent in this as a feminist scholar encountering celebrity e-bile – violent and sexualised comments directed at female celebrities. 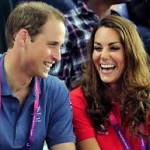 Data analysis is a crucial part of any research project yet it is notoriously difficult to describe. In many research papers it’s glossed with a phrase like ‘we analysed the data thematically using the software package NVivo’. In this post, Heather unpacks some of the processes and dilemmas that lie behind this phrase.

In another post, I’ve described how we’re analysing the group interview data by using broad codes such as social class and origin stories and then looking for patterns within these. This is producing loads of fascinating lines of analysis. In this post I look at just one of these that’s come out of my work on the code for gender. Alongside looking at performances of masculinities and femininities in celebrity talk and tracking cross-gender identification,  this code contains data on how women and girls are constructed by young people in their engagements with celebrity culture. Depressingly, the dominant associations are with disgust –  at feminine bodies and feminine tastes. We have written about this disgust in our discussion of Tampon Girl and the Kardashians,  here I focus on a more positive pattern of talk around ‘independent’ women.