In this first phase of data collection, we’ve been talking with participants about their thoughts about celebrity, focusing on the celebrities they like and don’t like and their feelings about these; their understandings of what defines a celebrity and distinctions between different types of celebrity; and how they engage with and access celebrity more generally. These group interviews were specifically designed to generate data on young people’s more general and collective understanding of ‘celebrity’ rather than young people’s personal aspirations and future plans which will form the focus of the one-to-one interviews we will be conducting this summer.

Yet, the participants’ aspirational orientations and desires were present in these group discussions, produced and claimed through various ways and at various points albeit under the veneer of celebrity ‘banter’. In our initial work looking through the transcripts, we have been struck by the broader social and symbolic function of young people’s collective talk about celebrity: the claiming of gendered and classed positions; the performance of taste; and processes of identification with and through celebrity.  In participants’ seemingly mundane chat about the celebrities they like and those they despise, or about who deserves to be famous, this ‘celebrity talk’ enables them to say something about themselves and others. It has a performative function, providing a set of tools for young people as they construct their own (future) selves and navigate possible transitions and spaces of belonging in education, work and the wider social world. 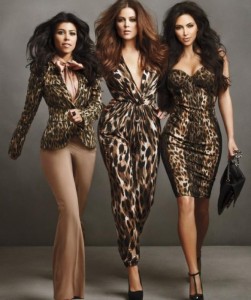 For example, we’ve heard animated and heated discussions about which celebrities have ‘rightly’ achieved their fame through hard work, dedication, talent and a passionate commitment to their ‘craft’ (people like Bear Grylls or Jessica Ennis), and a repeated (though not always consistent) repudiation of reality TV stars, glamour models and socialites such as the Kardashians (‘What are they famous for?’).  We have also heard young people discuss other routes to fame, including critiques of nepotism in celebrity culture where ‘connections’ and money can get you success and fame regardless of talent, as more ‘talented’ individuals struggle to ever get noticed. It doesn’t take much to draw parallels between these injustices and the kinds of nepotism, cultural capital and powerful social networks that operate to police access to many top professional careers.  Discussions about whether participants would want to be famous themselves have also drawn out interesting themes around the ‘deservedness’ of fame and the difference between international renown ‘just for being famous’ and respect and recognition within local communities (such as sub-cultural music genres) for doing something that is ‘good’. In these discussions, participants draw on distinctions within celebrity culture – and broader moral debates about the rise of the ‘famous for nothing’ celebrity – to position their own future selves and ‘successes’.

In the one-to-one interviews which we will be conducting this summer, we will ask participants in more detail about their own educational experiences and ideas about who and where they want to be in the future.  We will then be looking across the data from the group interviews and individual interviews to trace the connections between young people’s talk about celebrity, and the ways in which they construct their own aspirations and imagined futures.  Such a project is rife with epistemological and ethical challenges for those interested in young people’s lives and the stories they (can) tell about themselves and their futures.

These challenges were helpfully evoked by Professor Les Back (Goldsmiths College, London), in a recent talk on ‘Dialogue, Ethics, and Authorship in the craft of ethnography’ where he spoke about his current ethnographic project on the lives of 30 young migrants, conducted with his colleague Shamser Sinha. Les talked about the kinds of techniques deployed  – or craft practiced – by him and Shamser as they sought to observe, record and ‘curate’ the complexity of young migrant lives. In particular, he discussed the challenges in attending to their lives in ways that did not reproduce the violence suffered by immigrants and asylum seekers as they are constantly made to account for themselves in immigration interviews, where survival – and permission to stay – means having to tell their stories to immigration officers in particular ways.

Echoing Carolyn Steedman’s work (2000) on how women and the working class have historically been made to give redemptive, confessional narratives to authorities and official figures of the state, Les warned that interviews in social science can bear the trace of the kinds of ‘rendering of self’ that are present in other spaces of surveillance, power and misrecognition. Stirring this sense of the interview as a form of intrusion and judgemet, interpellating subjects to account for themselves, Les showed us images of an evocative,  macabre sculpture by Juan Muñoz showing two human figures being suspended in the air by their tongues.

Les asked then, how his research could avoid those ‘enforced narratives’ circulating in the interview rooms of the immigration office. More broadly, how do we open up spaces for dialogue and representation within qualitative research that allow participants to tell their story outside of those bounded dominant narratives and ways of speaking? How can we open up the qualitative research project in ways which bring new textures to the story of the migrant – or in our case – contemporary youth?

Les’ talk compelled me to think about the tensions and epistemic challenges in our research, where an enquiry that is centrally and broadly about young people’s aspirations, carries the risk of demanding and eliciting similarly ‘enforced’ narratives.  As we have written about elsewhere, young people are surrounded by a discursive regime – reproduced by politicians and across popular culture – which compels them to be ‘good’ neoliberal subjects in which ‘being aspirational’ is key (Raco, 2009).  To be recognized as subjects of David Cameron’s ‘Aspiration Nation’, young people must aspire towards certain things and ways of being  (secure, professional jobs, university) and away from others (welfare dependency, unplanned motherhood, celebrity). They must produce themselves as responsible, reflexive and always future oriented: as already knowing where they are going and how to get there.   These demands to produce and tell oneself as aspirational are part of a broader ‘autobiographical’ injunction – a technology of the self – characterizing the contemporary, where in order to be rendered ‘successful’ we must ‘have a story’.

Celebrity culture is central to reproducing these modes of self-production: the pervasiveness and power of the celebrity backstory which tells us how celebrities have, through will and sheer determination,  ‘made it against the odds’; the proliferation of the celebrity autobiography which provide ‘inspirational’ tales of becoming; and the redemptive narratives of transformation in the celebrity confessional interviews (from Lance Armstrong with Oprah to Jade Goody’s apology for her ‘racist bullying’ on Big Brother). Looking at the inter-connection between these and young people’s narratives of selves – present and future – will be fascinating.

Yet, modes of articulating or ‘telling’ the self are not equally available (Lawler 2002; Skeggs 2004). They are also, as Les reminds us, informed by certain expectations and ‘demands’ rather than necessarily an ‘urge to tell’ (Byrne 2003). How then do we both interrogate these relationship between celebrity culture and the modes of self-production taken up by young people, whilst, in that interview encounter, avoid making similar demands of them? And how do we understand our role in producing that research encounter and its ‘discursive terms of engagement’ (Skeggs and Wood 2008), as participants read us – and our expectations of them – in particular ways?

Is it possible to open up the space for them to tell different stories, like Jason’s, above: of ambivalence and uncertainty about their futures? A space where being in the present rather than always accruing for and working towards the future is not simply written off as a sign of lack, failure and stagnation?  Or a space to articulate desires for belonging and being that fall outside of the frame of ‘desirable’ aspirations (such as for motherhood or fame)?

This dilemma is one of many that we, as a team, will be thinking about over the next few months as we prepare for the next stage of fieldwork.