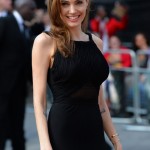 Angelina Jolie announced to the world on May 14, that she had undergone a double mastectomy as a preventative measure against breast cancer. She received widespread acclaim not only for her bravery in her decision to undergo the surgery, but also for her choice to speak publicly about it. Her decision would no doubt have been a tremendously hard one to make especially as much of her on-screen work relies on her appearance. While not meaning to undermine the significance of Jolie’s actions which resonated with many women around the world, there were elements of the op-ed piece written by Jolie, in the New York Times that left Tamara Heaney feeling uneasy. In this guest post, she unpacks what else this piece has to say about women and breast cancer.

Many articles written about Jolie’s surgery, speak of her ability as a high profile celebrity to raise awareness of the BRCA1 gene and its links to breast and ovarian cancer. There have also been concerns about the incorrect perception that there is a high occurrence of the gene in women when in fact very few are carriers. The BRCA genes are patented by a US company, who are able to charge whatever they want for the tests. Currently, the cost of having the blood test to determine whether or not a woman is carrying the gene is around USD $3000. Jolie notes that the cost alone can be a significant obstacle to women who wish to have the test.

Jolie and Pitt’s wealth grants them access to excellent health care, therefore the costs involved in having not only the initial testing, but the subsequent surgeries, would be inconsequential. Sadhbh Walshe states that in the United States even with medical insurance, many women still have to pay between $10,000 – $25,000 for a mastectomy and reconstructive surgery. The three surgeries Jolie underwent (nipple delay, double mastectomy and reconstructive surgery), were all completed within a 12 week period. Jolie states that she is fortunate to have her partner with her throughout the experience. Pitt was reportedly there for every minute of the surgeries and throughout the recovery period. How many women could afford to have their partner take such an extended period of time off from work due to the costs involved? There are also many women facing this surgery alone or with unsupportive partners. 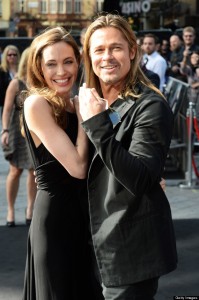 The language used in Jolie’s article warrants discussion. As noted by Anne Helen Peterson, Jolie writes in a very deliberate way which fits in with her personal narrative of rebellion, motherhood, and philanthropy. Peterson states that it is in the very fearlessness of her decision that Jolie is able to make such a personal experience public and still maintain her public persona. There is no sense of pity or sorrow but rather empowerment and being in control. Jolie’s article is peppered with phrases such as “I decided to be proactive”, “preventative”, “take action”, “decision”, “I feel empowered”, “I made a strong choice”, “know you have options”, “seek out information”, “make your own informed choices”. The article concludes with the line “The ones that should not scare us are the ones we can take on and take control of”. Jolie constantly speaks of taking action; she is in control – not cancer or the dark shadow of it that looms. While the rhetoric of taking action may indeed be empowering and inspiring, the reality, as stated earlier, is that many women have little or no choice in their medical treatment of breast cancer. Are women who lack funds, a supportive partner or extended family made to feel like victims or to be blamed for not seeking out other options? The concept of taking action has the potential to make women feel that they have not done ‘enough’ to get well or beat the cancer.

Jolie states that it is important to her that her children see nothing that makes them uncomfortable. Her surgery scars are small and physically she appears unchanged. Jolie defiantly states that she feels “empowered” and that her surgery “in no way diminishes [her] femininity”. Statements such as these have the potential to be insensitive to women who bear the scars of their mastectomies or breast cancer related surgeries. Women, post mastectomy are still beautiful. Regardless of whether or not they undergo reconstructive surgery they still maintain their femininity and it is problematic to equate breasts to femininity. Amanda Hess addresses this when she states that “regardless of the aesthetic aftermath of breast cancer surgeries … the results of these procedures are necessarily and breathtakingly beautiful”. Comments such as Jolie’s, while no doubt well-meaning, remind us that ultimately in today’s society, the way a woman looks is what matters most.

Not only does Jolie not bear any physical scars of the surgery, it appears that her busy work schedule was unaffected by it. Furthering her ‘action heroine’ persona, Jolie in the New York Times piece states that life can be back to normal “days” after the “major surgery”. It was reported that Jolie was preparing for her next film four days after the double mastectomy with storyboards covering two walls in her house and that “while she spoke, six drains dangled from her chest, three on each side fastened to an elastic belt around her waist”. While it may be standard procedure for post- surgery patients to have such drains fastened to an elastic belt, the article which extensively quotes Jolie’s own physician’s blog perpetuates the image of Jolie as a woman of action. There is no conception of lying down and recovering in this narrative. This has the potential to set unrealistic expectations of recovery times for women who may struggle not only with the physical aspect, but the psychological repercussions of such invasive surgery.

By announcing to the world that she has undergone a double mastectomy and reconstructive surgeries, Angelina Jolie has undoubtedly brought breast cancer into the public consciousness. For many, this may have been the first time they had heard of the BRCA genes. We should acknowledge that by sharing such a personal journey, Jolie has initiated an important discourse around options for women with breast cancer and those at risk of contracting it. However, it should also be noted that as a celebrity, what Jolie says matters. The world immediately took notice and news outlets, blogs and celebrity magazines all rushed to publish items about her surgeries. As a result, Jolie’s statements regarding treatment for breast cancer, and her embodiment of the aesthetic possibilities for breast cancer patients, have implications that are far reaching. It is important to recognise that there are many women who are not in a position to ‘take action’ or have reconstructive surgery. These women are not victims, but are every bit as brave and worthy of our respect and admiration as Jolie.

Tamara Heaney is a first year PhD candidate at Deakin University, Australia. Her research explores how Australian women in their 40s memorialise celebrities from the 1980s. She writes: I am interested in the way these women used celebrities in their own identity formations and personal narratives. I am also interested in celebrity mums and can’t wait to see how Kim Kardashian’s journey into motherhood is played out in the media. I credit my grandmother for buying me all those copies of Tiger Beat and 16 magazines when I was a teenager for my enduring fascination with all things celebrity!